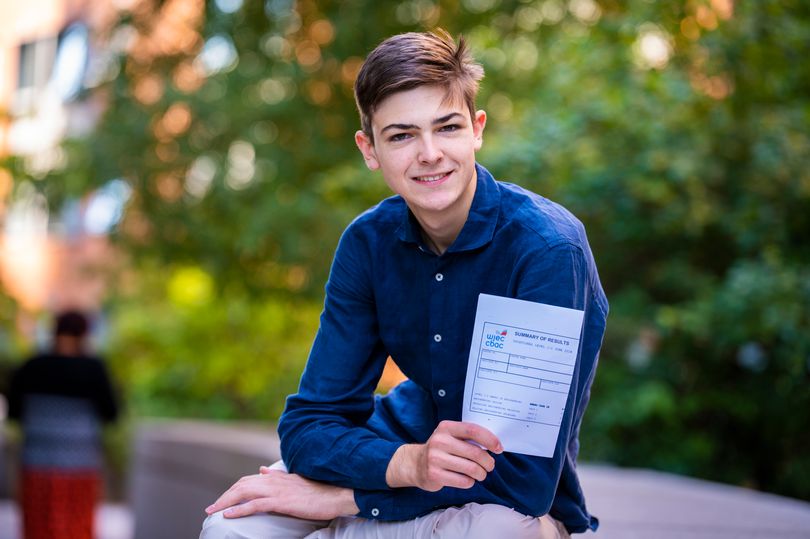 Zorian Tytych had barely begun his A level revision when Putin invaded Ukraine in February. The adolescent had to witness in horror from a distance as his family evacuated their native city of Kyiv and his father and cousin joined the battle on the front lines. The lad had moved to Wales three years prior to study for his GCSEs and then his A levels.

His family advised him to stay in Wales so that he may complete his A-level coursework at Cardiff Sixth Form College. However, Zorian, who is now 18 years old, was resolved to assist and combined studying for four A levels with translating for refugees in Wales and currently for the British Army.

celebrating today’s accomplishments with his four Math, biology, chemistry, and physics were all tinged with melancholy. According to Zorian, he tries not to dwell on the risk his family is facing since doing so would make him “crazy with concern.”

In addition to translating for Ukrainian soldiers undergoing training with the British Army, Zorian believes his university education will one day assist him in rebuilding his nation and in the fight against the Russian invasion.

“I live in the suburbs in west of Kyiv. Before the war started my mum and dad were lawyers. Dad was on the Ukrainian committee for Judicial Reform, taking things up to the European Union level,” he said. “He joined the military the day after the war started, signing up to the territorial defence and receiving basic training. He did this because he wanted to protect his home and support his country.

“As the war has progressed, he has moved on; he has been assigned to the military and is now seeing active service on the front line. He is now on the Belarus border looking at routes, surveillance, communication and connecting the regiments and their communities. My cousin is doing the same and is now based near Kherson where he is right in the thick of it and all the shelling. My uncle is currently in the recruitment process for joining the army. I cannot think too deeply about my father as it would drive me mad with worry, but I am very proud of him. Also, I know he would feel it is a disgrace if he didn’t join t