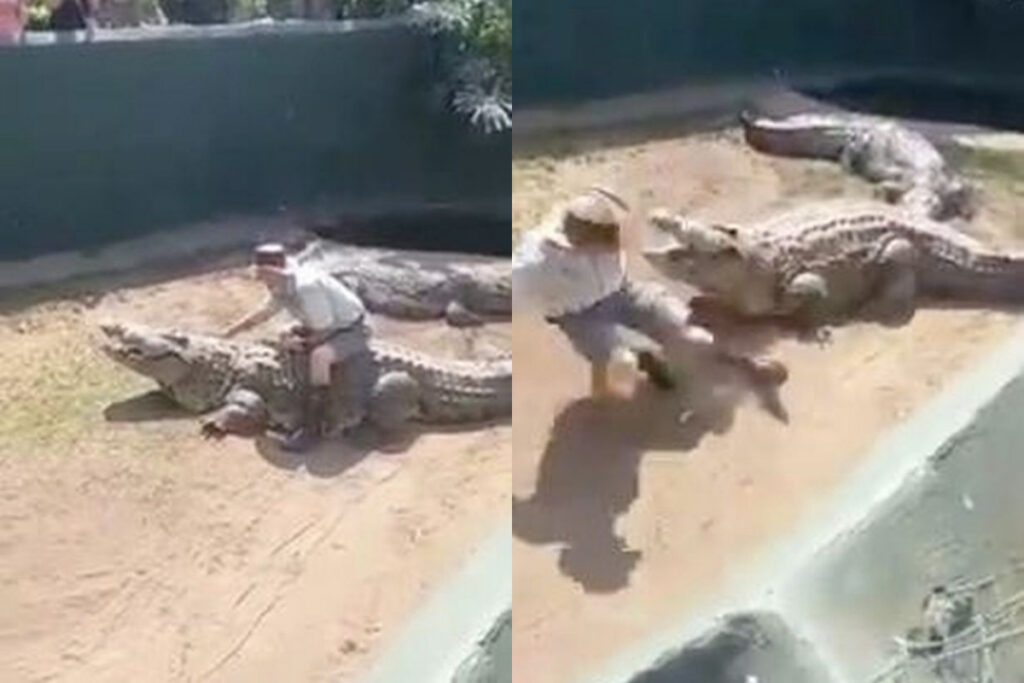 In front of startled tourists, a 16-foot crocodile attacked a zookeeper, but he narrowly escaped death.

While perched atop the 660-pound reptile, crocodile handler Sean Le Clus was viciously mauled before another reptile also came after him.

The animal’s five-inch-long teeth sunk into the handler’s thigh and he had to manoeuvre and push himself free. The handler has been caring for Hannibal for more than 30 years.

On September 10, the croc tore his body from him and threw him to the enclosure’s floor before making an all-fours break for freedom.

In order to calm the female crocodile down while he displayed his “party trick” of riding on Hannibal’s back for the audience, Sean had just given her a chicken.

He dismounts the enormous male for safety at the last second, pulling his leg out of the female’s mouth and fighting it off with a stick.

However, after losing focus on Hannibal, the 103-stone predator spotted his opportunity and whipped his head around with its jaws open.

Sean, who had previously been bitten by another crocodile and sustained a leg wound that caused him to limp for 11 months, jumped backward in fear.