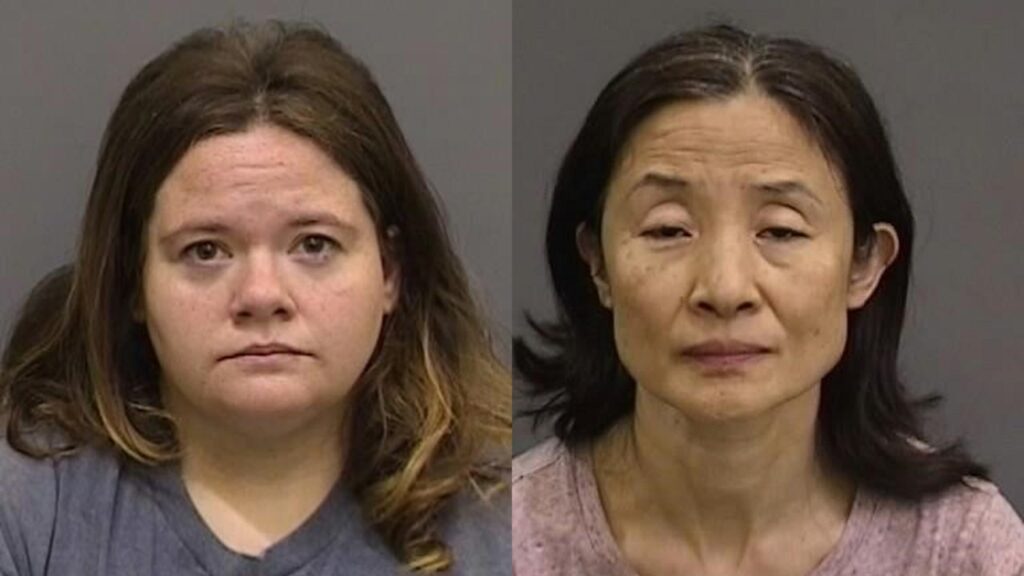 In the footage, Tara Ballou, 28, can be seen violently removing one child’s clothing before making them lie on their stomachs. The footage appears to show Ballou at one point pressing down on a toddler with her leg.

The 51-year-old Rong Liu, who is a co-owner of the daycare, is also shown in the video placing her knee across the back of a child who is violently kicking beneath her.

Although the initial accusation was reported months ago, the two staff were detained on suspicion of abusing a child. Ballou was detained on Tuesday, however up until June 29 he was employed by Children’s Land of Imagination Academy.

Authorities allege that Liu twisted a kid’s head and neck and put her knees on top of the child to hold them down. Liu is also the director and co-owner of the same daycare, and she was also detained for child abuse. Although the alleged incident also occurred in June, she was only detained on Friday.

“I was contacted by a deputy,” Kelly Autrey said.

That’s how she found out her son was possibly abused in a case that law enforcement was investigating.

“It’s like every parent’s worst nightmare. My stomach fell to the floor,” Autrey added.

She said the call came in on June 28 after she dropped her son off at the daycare.

“I turned right around and picked him up from class,” the mother said.

Autrey claims that specific emails prove she informed the daycare the next day when she took her kid out of class and expressed resentment about not being aware of the charges a week earlier, when investigators first began their investigation.

While Autrey claimed she received word a week later, some parents are only now learning.

After Autrey shared an inspection report on Facebook, Mandy and Nick Richardson learned what was happening at their daughter’s daycare. It demonstrated that an investigation had been launched and that the facility’s owner would not turn over CCTV footage to law enforcement without a court order.

“When we have to find out basic facts through a social media platform, that’s unacceptable,” Nick said. “Some type of alert system would be fantastic to just keep us in the know.”

Law enforcement has extended its presence at the daycare while the investigation is ongoing, but it lacks the power to oust employees from their jobs while one is being conducted.

She also said if the county is in charge of licensing, closing or removing teachers from a facility, then it should be doing more to protect students

“They should be notifying parents immediately. Let us know what is going on. Our kids can’t speak for themselves. We have to be the one to do it for them,” Autrey said.