Why is Jang Gyuri departing from fromis_9? 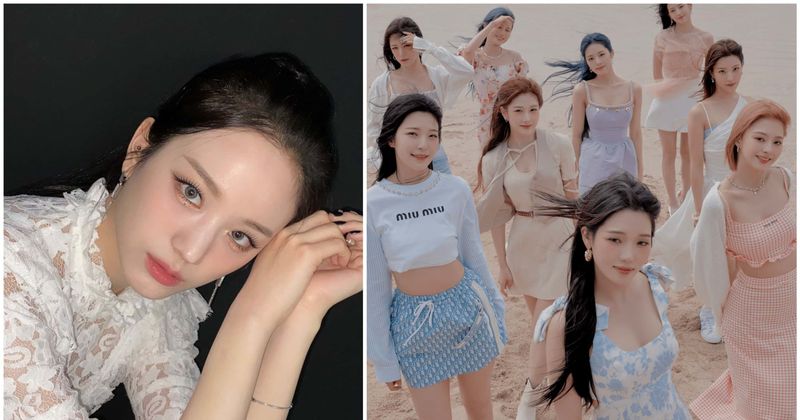 Although it is common for K-pop idols to leave groups and launch their solo careers, surprise reunions in K-pop collectives frequently leave their fans inconsolable. Jihyo from Oh My Girls, Naeun from Apink, or Garam from Le Sserafim are just a few of the K-pop groups that have left the ranks of active idols in 2022 for various causes. Typically, performers choose to join with a new label when their contracts with one company expire for some members of an active group.

In other instances, idols continue their careers with the groups they made their idol debuts with while renewing their contracts with the prior label. Idols, however, occasionally find themselves without a choice, as was the case with Pledis Entertainment’s Jang Gyuri, a member of the girl group fromis 9. The idol actress startled fans on July 28 when she revealed that she would be leaving the female group fromis 9 and that the nine-member group will be reduced to an eight-member collective.

fromis_9 to regroup as 8 members

All members, with the exception of Gyuri (Gyu-ri), will continue their adventure as members of the female group, according to an announcement released by Pledis Entertainment, the company that oversees the activities of fromis 9. The label also stated that the eight members of fromis 9 who are now active would soon interact with fans through a variety of events in addition to a Japanese comeback in the second half of 2022. Additionally, according to Pledis, Gyuri, who appeared on fromis 9’s most recent comeback album, “From our Memento Box,” will stop promoting starting at the end of this month.

The record company declared that Gyuri will leave fromis 9 on July 31. According to their announcement regarding Jang Gyuri’s departure from the label, Gyuri wished to forge a new destiny for himself. The other eight members of fromis 9 had signed new contracts with Pledis based on new terms after the girl group was moved from Off the Record Entertainment, a division of their debut label Stone Music Entertainment, to Pledis Entertainment, a sub-label under HYBE.

The only girl group member whose contract was based on the same terms as the one signed with Off the Record Entertainment was Gyuri, though. Gyuri and Pledis Entertainment had a lengthy conversation about what would be best for the label as well as Gyuri, and it was ultimately agreed that the singer would be better off leaving both the label and the girl group. Pledis Entertainment informed fans of this decision. Gyuri’s future activities, on the other hand, have not yet been confirmed, but it is expected that she will sign with a new label soon.

‘fromis_9 will always be nine’

When Gyuri abruptly announced her departure from the girl group fromis 9, which was traditionally comprised of nine members, fans expressed their disappointment. One supporter remarked, “Gyuri is still with us and will always be, therefore I won’t be saying goodbye. Until the day she returns, sits down, starts a live show, and says hello to flover once more. I have and always will have nothing but affection for the nine members of fromis 9.”

“Fromis 9 is nine,” a fan spelled out in clear terms. “How can it be an eight person group.. it is fromis 9.. NINE,” a another supporter remarked. Fromis 9 not being nine is so heartbreaking, a supporter remarked. One supporter remarked, “Gyuri has consistently put in the most effort to advance fromis 9 since her acting debut in PD48, and this still feels like a dream to her. Whatever she decides, flover must respect and support it. Fromis 9 will always be nine, and we will always love you.”

No im not going to say any farewell, Gyuri is still with us and will always be. Until the day when she will eventually comeback here, sit down, turn a broadcast live and say hi to flover again. All of my love is for fromis_9, and will always be nine member of them