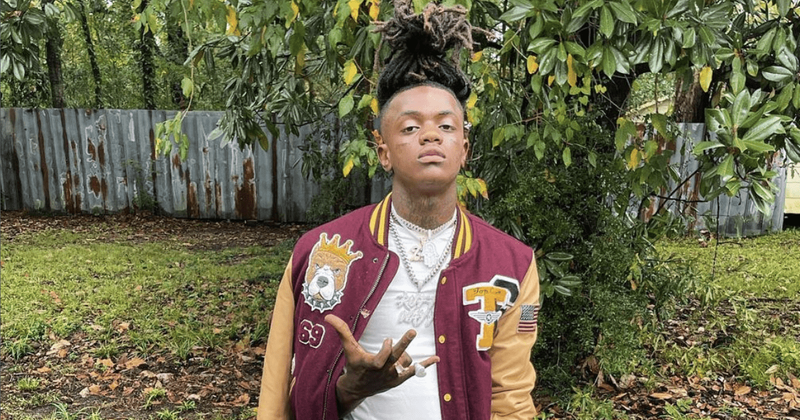 A 24-year-old rapper Javorius Scott was fatally shot in front of a home in Bogalusa, Louisiana. A member of the rapper’s family was shot in a different incident. Police officers are looking at the occurrences to see whether there is a connection between them. The rapper soon passed away from his wounds. The relative is currently in stable condition, according to the police. When the rapper’s death was officially announced, a family member’s first denial of the reports was quickly replaced, according to Bogalusa Police.

According to the authorities, the rapper JayDaYoungan, whose true name is Javorius Tykies Scott, was shot and killed. Another gunshot occurred on Marshall Richardson Road while authorities tended to the gravely injured singer and controlled a very chaotic scene. The 24-year-old rapper is claimed to have been shot in the first incident, which is said to have taken place just before 6 o’clock in the evening outside a residence on Superior Avenue. Kenyatta Scott Sr., a relative of JayDaYoungan, was admitted to the hospital and was listed in stable condition, according to the police. No one has been connected to the shootings as of yet, but the inquiry is ongoing.

On their Facebook page, the Bogalusa Police Department posted the following statement: “This is a follow-up to the shooting press release from earlier tonight. The fatalities have now been identified as Kenyatta Scott Sr. and Javorius Scott, also known as JayDaYoungan. Additionally, we can affirm that Javorius Scott’s injuries led to his death. We have been informed that Kenyatta Scott Sr. is in stable condition and has been transferred to another institution. Detectives are now speaking with witnesses and following up on leads. As more information becomes available, more will be provided.”

With his catchy music and millions of streams on his tracks, 24-year-old rapper Javorius Scott, better known by his stage name JayDaYoungan, swiftly gained notoriety. As of November 2020, the rapper’s singles “23 Island,” “Elimination,” and “Opps” had received 49, 27, and 26 million streams on SoundCloud, respectively. His 2019 first album, “Misunderstood,” reached its peak position of number 43 on the Billboard 200, making him more widely known.

“Damn not JayDaYoungan bro,” the American rapper $Not wrote on Twitter after learning of JayDaYoungan’s passing.

One admirer wrote: “Damn @JayDaYoungan, I just saw you a couple of weeks ago, and you were as modest as ever, dude. Breathe easy, man.”

One more user stated, “Jaydayoungan, rip I can’t even muster a smile today—almost. The ability to roll up and get high was completely lacking today.”

Responding to the incident, World Star HipHop tweeted: “According to sources, the rapper #JayDaYoungan passed dead after being shot in his hometown, according to the Bogalusa Police Department. Our friends and family are in our thoughts and prayers. #RIPJayDaYoungan”

“Rip JayDaYoungan Praying For His Family & Loved Ones So Many Rappers Losing Their Lives Too Soon,” a another person said. Another commenter stated, “Recently, we lost Dolph, Drakeo, and most recently, JayDaYoungan. The Rico just attacked YSL, and two more Atlanta gangs are on the way. Right in front of our eyes, the rap industry is being destroyed.”

According to reports, Bogalusa Police Department confirmed rapper #JayDaYoungan has passed away after being shot in his hometown. Our thoughts and prayers are with the friends and family. 🙏 #RIPJayDaYoungan pic.twitter.com/GEXwPEet3X

Praying For His Family & Loved Ones🙏🙏

So Many Rappers Losing Their Lives Too Soon💔 pic.twitter.com/yLTg8QVXIu

We lost Dolph and Drakeo recently and now we just lost JayDaYoungan. YSL jus got hit with the Rico with two more Atlanta gangs pending. The rap industry is getting dismantled right infront of our eyes .