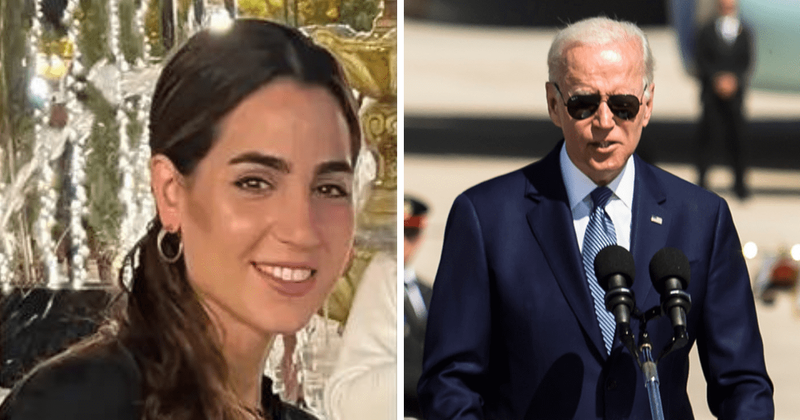 Prior to President Joe Biden’s visit to the country on July 13, a woman from Israel Tamar Ben-Haim claims that a US Secret Service agent attacked her viciously. Tamar Ben-Haim recently discussed the alleged assault with Fox News Digital. She remembered how a “big man” suddenly appeared in front of her as she was heading home from a friend’s house and began assaulting her.

On Monday, July 11, purportedly after midnight, the incident took place on a well-known and congested thoroughfare in a Jerusalem neighbourhood. She was listening to her headphones and looking at her phone. Ben-Haim claimed, “He started pounding me in the chest before I knew what was happening. I felt a heavy slap across my face.

The man allegedly continued to attack her “over and over again,” treating her like a “punching bag.” He apparently did not stop there. Ben-Haim added that she felt more terrified when she saw the man carrying a gun in a holster. I was completely shocked, she remarked. He was so powerful. I was unable to defend myself in the slightest. I was telling myself, “You won’t make it through this.” You have reached the end of your life.

Fortunately, a nearby bystander shouted in English and “finally managed to detain her attacker and rescue her from his clutches” after claiming to know her suspected attacker. The 30-year-old woman claimed she phoned the local police and fled the scene as quickly as she could.

Ben-Haim, however, asserted that the police never again contacted her. A few days prior to Biden’s visit to Israel, she added, rumours were rife that a representative of the US president “was briefly detained by Israeli authorities after a ‘physical encounter'” and was deported back to the US; however, she did not know if this was the person she claimed had assaulted her.

Nevertheless, she eventually learned after being contacted for an interview by Israeli TV station Arutz 13. She claimed that the media outlet had informed her that the defendant worked for the Secret Service’s Counter Assault Team and was in the nation doing official duties prior to Biden’s visit.

“When I found out who he was, I just felt more hurt and rage,” claimed Ben-Haim. He is not a street homeless person. He has fighting experience. She continued by claiming that she was not contacted by the US investigators about the case. Israeli police told her that the man had been returned, but they provided no other details.

Ben-Haim continued by criticising the US administration, saying, “You may go to another nation, beat someone nearly to death, and then just disappear with no consequences. This person is not a citizen of a developing nation. He works for the president, and America is the world’s model. They just returned him to his starting point as if nothing had happened, and they anticipate