Who is Neah Evans? Scottish cyclist who won silver medal at commonwealth games 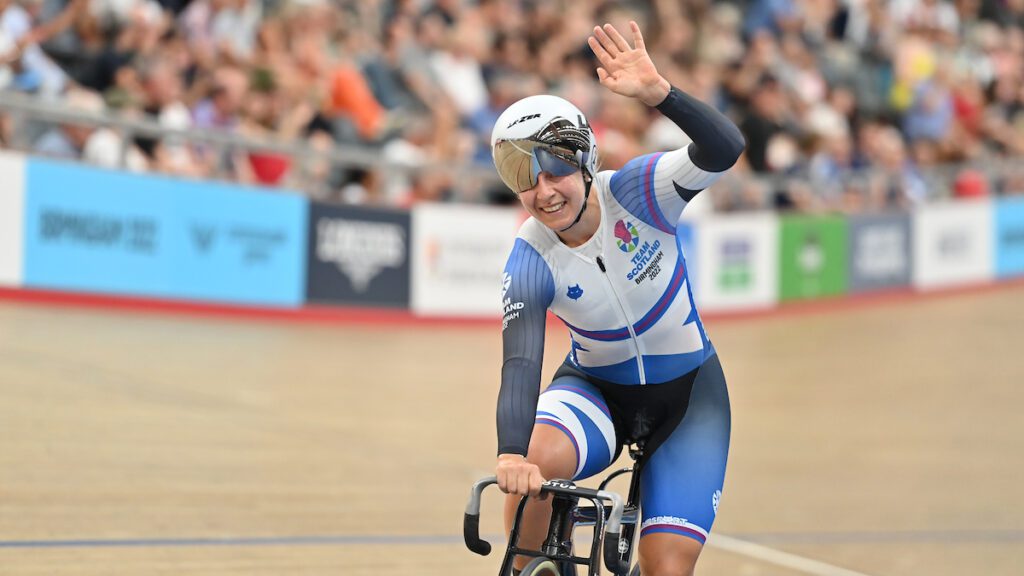 Neah Evans entered the world of full-time professional cycling rather late, but after committing to the sport in 2017, she has more than made up for lost time.

The Scottish rider, a former veterinary surgeon, made an impressive Commonwealth Games debut for her nation in the Gold Coast, Australia, a year later. She finished in the top ten in four events, taking home silver and bronze in the scratch and points races on the track and eighth in the time trial and road race, respectively. Evans has added to her accomplishments and developed into a vital part of the dominant women’s team pursuit squad in the years after she moved from Scotland to be stationed with the Great Britain Cycling Team in Manchester.

This choice was influenced in part by Evans’ achievement at the HSBC UK National Track Championships earlier that year, where she won five medals despite continuing to work as a veterinarian in Scotland on top of her athletic commitments. Evans began to win track medals on the world and European levels after becoming a fixture in the team pursuit squad, beginning her collection with a bronze in the team pursuit at the first UCI World Cup event of the 2017–18 season in Pruszkow, Poland.

She was a former masters student and “sports scholar” at Glasgow University, and in 2018 she won a team pursuit gold there, giving her her first gold at the UEC European Track Cycling Championships.

She then earned two more European gold medals, one in Apeldoorn, Netherlands, and the other in Plovdiv, Bulgaria, where she won the individual pursuit and increased her career total of European Championship track gold medals to four, defeating Martina Alzini of Italy by over three seconds.

Neah Evans, a 32-year-old woman who competed in cycling, took home a silver medal this year at the Commonwealth Games. She had a lengthy history of bicycle interest. She often engaged in it and even ran a 112 km marathon.

Therefore, it comes as no surprise to anyone that she did so well in this game. After winning the game, she said in an interview that she hadn’t given it a second thought. She merely wanted to see where she stands after years of training. She had no specific plans or intentions about the medals.

Despite the fact that this is not her first medal. She has already taken home two bronze medals and three silver medals. She remained too grounded and concentrated on her game even after that.

Even the teammates that were with her at that point in the game received praise from Neah Evans. all of the Scottish athletes that competed in these games for the Commonwealth.

The amount of love and blessings she received left her speechless. She claimed that she would be going back for another medal because she still lacked one.