Who Is Mikayla Demaiter? Ice Hockey Player quit sport to become a model 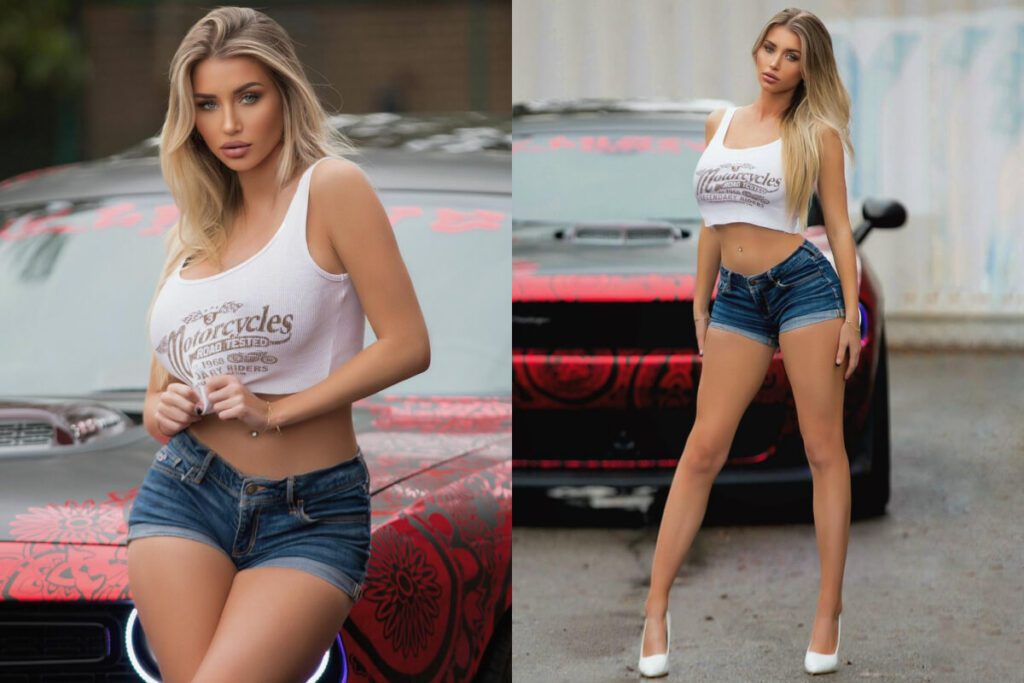 The “world’s prettiest hockey goalkeeper,” MIKAYLA DEMAITER, held that title until she gave it up to pursue a career as a full-time model.

Demaiter, a hockey player for the Bluewater Hawks in the Provincial Women’s Hockey League, is from Chatham, Ontario.

When on the ice, the 22-year-old had to keep herself completely clothed in protective clothes.

Her Instagram feed, though, exhibits a very different side of her, and it was there that she made her decision to hang up the gloves public.

In June 2020, Demaiter wrote the following in the caption of a post: “Ice hockey is going away.

“It’s time to move on and start a new chapter in my life; for the first time, you won’t be my first priority.

“Thanks to all that you have taught me, I have reason to be optimistic about the future.

I wish to embrace them with the same love and passion I felt for you. “There will still be early mornings, new adventures, and new friends.

With a variety of scanty bikinis, Demaiter continues to leave little to the imagination as she flaunts her amazing form.

Her pictures of herself in the gym, swimming pools, and on the beach have whipped up a frenzy among her followers.

The stunning model has shared other action photos of herself skating, but they do not appear to garner as many likes.

Additionally, she enjoys uploading videos of her dogs to Instagram, and she has even referred to herself as a “committed dog parent.”

Demaiter can be seen enjoying the sun in a range of skimpy bikinis in her numerous photos.

The former hockey star is more than just a lovely face, though; she is a Western Ontario University student.

Who Is Mikayla Demaiter? Ice Hockey Player quit sport to become a model

Demaiter was raised in the Canadian suburb of Woodbridge and developed an early interest in ice hockey and sailing. She joined the Bluewater Hawks of the Provincial Women’s Hockey League at a young age herself. She spent a few years as a goalie with the Hawks before deciding to give up playing.

Demaiter announced on Instagram in June of last year that, at the age of 19, she had decided to “say goodbye” to playing ice hockey. Many people were surprised by Demaiter’s retirement, however reports from the Morning Bulletin stated that she decided to leave the sport after having to have knee surgery. Sadly, little is known about her hockey career statistics prior to her transition to Instagram modelling.

In a touching remark, Demaiter stated: “It’s time to bid ice hockey adieu. You will not be my primary focus for the first time as I turn the page and begin the next chapter of my life. Because of what you have taught me, I am optimistic about the future. Early mornings, new experiences, and new acquaintances will still exist; my hope is that I will embrace them with the same ardour and love as I did for you.”

Demaiter made the decision to devote her entire life to the fashion industry shortly after hanging up her gloves. The talented Canadian has been routinely sharing stunning photos of herself with her 413K followers for the past year or so. Demaiter’s pictures of herself in the gym, swimming pools, and on the beach have whipped up a frenzy among her followers.