Who Is Mia Monaghan, Trent Alexander Arnold’s Girlfriend? Instagram Story May Shock You 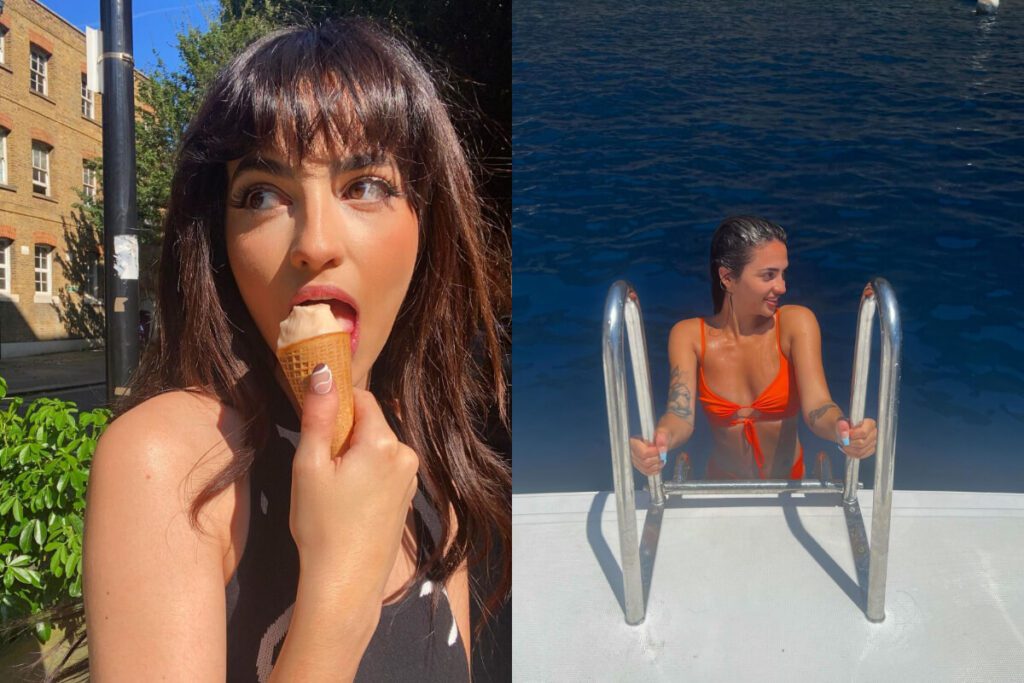 An English twitch streamer and internet personality by the handle miaxmon, Mia Monaghan is most known as the girlfriend of Youtuber WillNE.

She has 193K followers on Instagram, 116.6K on Twitter, 346.9K on TikTok, and 52.9K on Twitch, making her a reasonably well-known online personality. Her appearances in WillNE’s videos, her TikTok posts, and Twitch streams have made Mia well-known.

With her strongest social media presence, her Tiktok, she has gathered over 14.6M likes. Due to her comic sense and beauty, she has become well-known for posting videos of herself blogging and participating in viral trends on the app.

The internet erupted when WillNE’s girlfriend disclosed that Trent Alexander Arnold, a football player, had DM’d his girlfriend.

People’s responses were ones of comic outrage. Their answer was made amusing by WillNE’s lighthearted interpretation of the message, and his request that Alexander Arnold have a clean sheet only heightened the hilarity.

Nevertheless, some foolish fans went too far and began spreading allegations that Mia Monaghan and Alexander Arnold had been speaking for a time, giving the impression that the unfortunate girl had been unfaithful to WillNE. Some news outlets started reporting only what these trolling fans said after taking their statements as gospel.

Fortunately, the hoax soon came to an end when fellow internet personality Stephen Tries of the Tries Podcast replied to WillNE’s initial Tweet with a picture revealing that he had persuaded Alexander Arnold to DM Mia Monaghan in order to tease WillNE.

As seen in Mia’s Instagram stories, the problem has sadly not been resolved because people are still texting her about it. In the end, Alexander Arnold ruined the game and failed to give WillNE the crucial clean sheet. Mia Monaghan, who was born on October 25, 1998, has developed a successful career through twitch streaming and other online entertainment. She primarily streams video games like Minecraft and Among Us and has previously worked with the E-Boys to create videos.

The E-Boys were a group of YouTube commentators that included Memeulous and her partner WillNE, as well as ImAllexx, James Marriott, and other YouTubers. They produced a variety of videos, such as ones with challenges, activities, and comments. From April 2020 to April 2021, they only existed for a single year.

Since 2018, Mia Monaghan and WillNE have been openly dating, and she has appeared in several of his YouTube videos. Their friendship is incredibly healthy, and both people have overlapping fan bases.

Mia Monaghan frequently tweets about organisations and volunteer opportunities since she strongly supports women’s and LGBT rights. She enjoys reading a lot and frequently tweets brief evaluations of the books she is currently reading.

Where Is Mia Monaghan From?

Like her boyfriend WillNE, Mia Monaghan is a native of London, United Kingdom, and her accent is an instant giveaway.

The couple’s accents and use of British lingo have earned them considerable notoriety. Due to the fact that many of their admirers are also Americans, the comment sections of their videos are frequently filled with questions regarding or lighthearted jabs at their accent.

Even in the case of the aforementioned triple tete-a-tete DM drama with Trent Alexander Arnold, Mia, and WillNE, attention was drawn to a world WillNE had employed rather than the shock of what had occurred. The Youtuber had promised to show Mia Monaghan’s Narn provided Alexander Arnold kept a spotless record in the game that night.

Most non-English speakers and Americans were preoccupied with the fact that WillNE had used the word “narn,” which the fans found to be extremely unusual and plain bizarre. Equal amounts of the remarks were made fun of the circumstance and of WillNE for using the word “narn.”

Fortunately, the issue was swiftly rectified and turned out to be a laugh rather than a severe scandal. Knowing later that it was all a clever joke, WillNE and Mia Monaghan handled themselves admirably.