Who is Megan Jayne Somerville? Mum aho stabbed his son on motorway 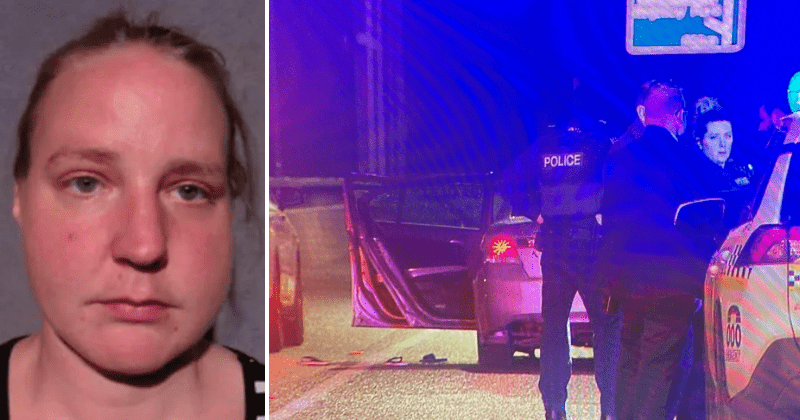 On a highway outside Adelaide, a lady Megan Jayne Somerville is accused of stabbing her two small children.

For the incident on the North-South Expressway late on Monday night, Megan Jayne Somerville, 35, was in court while still in the hospital. Two counts of attempted murder have been brought against her.

The youngsters, who were ages three and eight, may have been spared by the acts of a guy who stopped on the highway and intervened by restraining and disarming the mother. This is according to a witness and police.

“When I turned up there, there was an absolute champion who was helping, doing what he could to keep the situation under control,” the witness told 7NEWS.

“To keep the woman restrained was just an incredible thing to start with. He deserves a medal. He’s brilliant.”

The witness said other bystanders tended to the injured children.

“(People were) just trying to figure out where all the wounds were coming from, but we couldn’t do that at the time, just trying to keep calm, but everyone was pretty shaken up.

“A couple of jumpers were used to help the wounds.

“It was a bit scary, and a lot of adrenaline.”

A mother has been detained by police and is expected to be charged with attempted murder after she pulled over and stabbed her 2 children on the North South Motorway last night. The 2children were rushed to hospital with critical injuries. @9NewsAdel pic.twitter.com/1el1XT3Kcw

According to the witness, police and paramedics arrived “quite soon.”

According to SA Police, Somerville took the two boys out of the vehicle and then repeatedly stabbed them both with a knife.

Police were quite appreciative of the assistance, according to Superintendent Selena Dinning.

“If this man hadn’t stopped, I’m sure the situation would have been much worse,” Dinning said.

“We think he was very brave in doing this. We are really pleased that he was there – right spot, right time.”

The two boys were transported to Adelaide’s Women’s and Children’s Hospital, where they received critical injury care.

The eight-year-old underwent surgery to treat his injuries early on Tuesday and was predicted to recover completely.

With a stable condition, his three-year-old brother was also anticipated to have surgery.

Somerville was taken to Royal Adelaide Hospital where she remains under guard ahead of a medical assessment.

She was remanded in custody to appear again in December, according to court records, despite the fact that her attorneys had been given permission to attend a previous bail hearing.