Who is Maria Rodriguez of Cosmic Love Season 1? 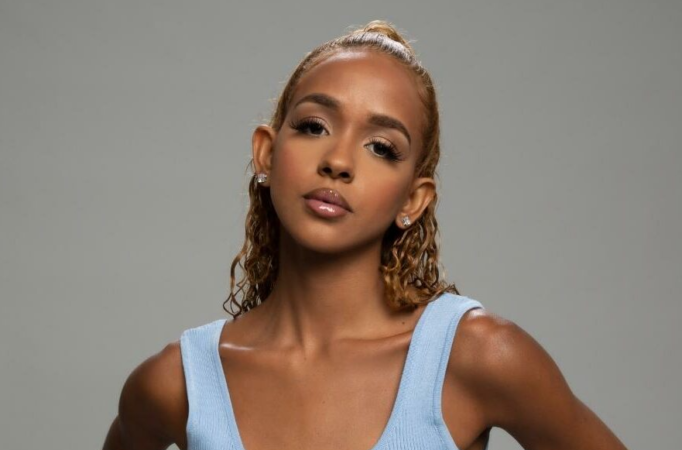 Maria Rodriguez : Four singles from Cosmic Love, a brand-new dating show that debuted on Amazon Prime on August 12th, represent the astrological elements of Air, Water, Earth, and Fire. On the programme, one of the four, Maria Rodriguez, will represent Earth.

On the new show, four people look for love among 16 other singles who might be their ideal match. In order to aid the four singles in finding love, astrological guidance will also be given to them.

The first time astrology will be used in a dating show concept. The mysterious Astro Chamber and best-selling authors Ophira and Tali Edut (also known as The AstroTwins) will also offer advice to the singles (voiced by Cree Summer).

According to the official Amazon Prime overview for the programme,

They had their passionate adventure at the Astro Chamber, a retreat run by a mysterious guide. They mix, pair, date, eliminate, and finally make the most crucial decision of their lives. Will they simply marry their astrological soul mate?

Maria Rodriguez from Cosmic Love is a professional makeup artist

28-year-old Maria Rodriguez is a Dominican-Puerto Rican who was born in New York City. She runs multiple businesses and is a true Capricorn in personality. She is a dedicated beauty business owner. She has worked as a makeup artist in the past.

Maria has always been a “self-made woman” who lives alone. She now owns a number of businesses, including a wholesale distributor of makeup and a short-term rental business. Her cosmetics business, MBeauty Party, also operates as an online makeup retailer, providing high-end cosmetics and worldwide shipping.

She just debuted the MM Collection, a brand-new clothing collection for her cosmetics business. She revealed her most recent project while presenting her vision on social media. She wrote,

comes from the Caribbean, where curvy women are prized. Simply said, my figure wouldn’t look well in the clothes I usually wear.

Since I was a young child, I have been experimenting with various looks, materials, and designs to create the vision I have in my head. Now that I have my own collection, I want to share it with everyone and help those who can’t get those looks out of their thoughts.

In addition to making people laugh, dressing up, dancing, and spending time with her family, the Cosmic Love single also likes to dress up. Maria enjoys creating ideas and putting them into action to accomplish goals at work.

The programme describes her careful personality as follows:

Will Maria’s Cosmic Love journey help her find space for both relationships and her job, or will she have to deal with her normal Capricorn habit of putting her profession before relationships?

Viewers may watch every Cosmic Love episode on Amazon Prime.