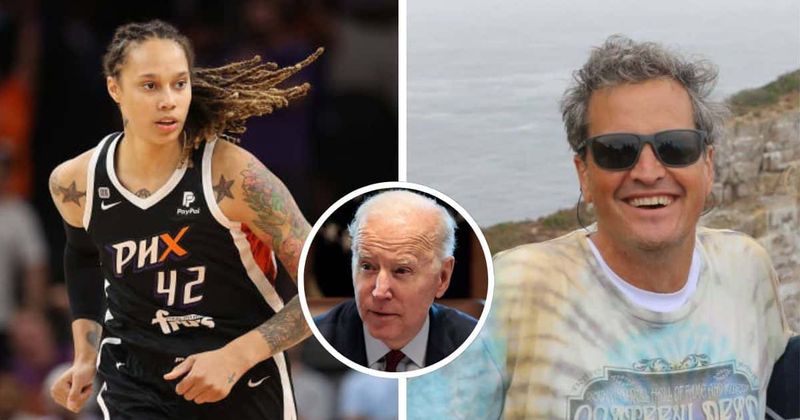 President Joe Biden has come under fire for not seeking to liberate a private school teacher who was sentenced to 14 years in prison in Russia after being found in possession of medical marijuana. This is in contrast to his endeavours to free Paul Whelan and Brittney Griner. In a letter, Marc Fogel stated that teachers are at least as significant as basketball players.

In response to his detention in August 2021, Fogel’s letter comes as his wife Jane and two nieces are pressuring Biden to order his release. Fogel was discovered in possession of 17 grammes of medical marijuana concealed inside a contact lens container. In Russia, the drug is illegal. Although Fogel was aware of the law, according to his son Ethan, he believed he could get away with smuggling. He was eventually captured and put in jail.

Fogel’s wife, Jane, told the Washington Post that she had a horrible sensation that Marc would be left behind. The White House has acknowledged that it is working on a potential prisoner swap to release Griner, who was detained after two cannabis vape cartridges were discovered in her luggage, and Whelan, who was convicted of being a Russian agent and sentenced to 14 years in prison.

Who is Marc Fogel?

According to the Daily Mail, Griner and Whelan are considered to have been “wrongfully detained” by the US, but Fogel is not. His family hopes he receives the title so that diplomatic efforts to release him can be stepped up. “I would hope that President Biden and especially first lady Jill Biden, who is an educator, appreciate the necessity of incorporating Marc in addition to Brittney Griner and Paul Whelan,” Jane stated after stating that the situation was “terrifying.” After being charged with attempting to enter the nation with the intent to sell marijuana to his students, a Russian judge sentenced Fogel to 14 years in prison.

Sam, 22, and Ethan, 24, who both reportedly attended the Anglo-American School in Moscow, are two of Fogel and Jane Fogel’s sons. Fogel had been a teacher abroad, educating children of diplomats in International Baccalaureate history classes. The Pennsylvanian man named Fogel allegedly attempted to pack 14 vape cartridges containing medical marijuana into his suitcase. Even part of it was crammed inside his shoes, and some cannabis blossoms were put into a container for contact lenses. At last, he was caught at Moscow’s Sheremetyevo airport.

According to reports, Fogel kept a journal while he was incarcerated, recording his feelings and emotions as he waited to learn the extent of his punishment. He wrote about how bewildered he was as a result of being moved between jail facilities frequently. Additionally, he described how a “guardian angel” gave him food and how he made his own games using gruel bowls and apricots.

Fogel claimed that he believed the Russian government was attempting to “break” him. He wrote, “I feel it in my bones, my spirit, and it seems to be all over my body.” In reference to the Russians imprisoning him, he said that his “weeping has etched new lines” and lamented the “lack of humanity from these cruel bast****.”