Who is Lord Aleem? Lamborghini involved in horrific M62 crash, Net Worth and Lifestyle 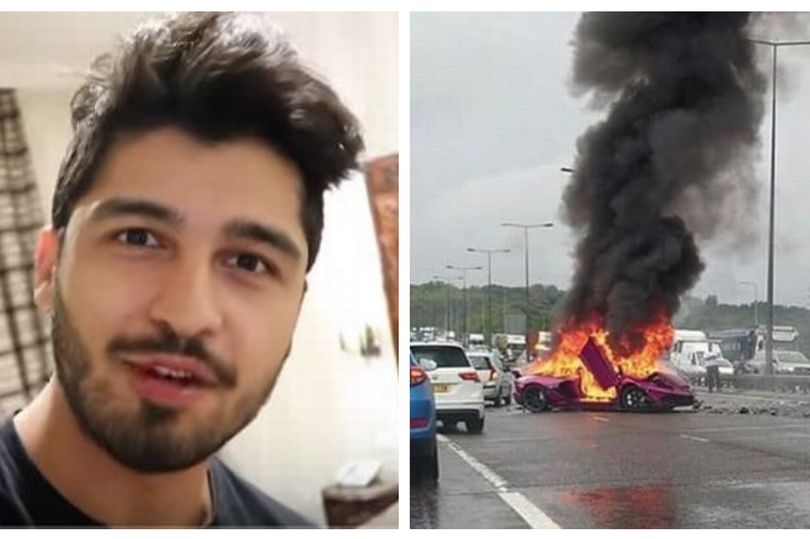 The owner of the eye-catching Lamborghini that caught fire following the horrific incident on the M62 on Monday, August 22, has been identified as Lord Aleem. But who is the influencer and what do we know about him?

The CEO of Platinum Executive Travel (P.E.T) and P.E.T Dubai, two premium car rental businesses, is a well-known figure in social media. He frequently uses Instagram, where he has a sizable 700,000 followers, to display his collection of supercars.

In addition, Lord Aleem has a popular YouTube channel with 464,000 subscribers. P.E.T, a Birmingham-based company, began as a wedding car rental service. The company expanded into the supercar hire industry in 2009 and claims to “make UK supercar hire easy.”

For photoshoots, music videos, weddings, parties, corporate events, or just “to drive around London or elsewhere in the UK,” cars can be rented. The purple Aventador SVJ Coupe that was involved in the M62 collision starts at £270,000 and is offered by the firm.

The car belonged to Lord Aleem and had been rented from the company, a P.E.T. employee who works in the luxury car rental industry revealed to Yorkshire Live. We are unable to disclose any other details at this time because police investigations are underway, he said.

Lord Aleem gained notoriety for disclosing information about his opulent lifestyle on social media. On August 10, he uploaded a photo of himself posing next to what appears to be the same car to his Instagram account, garnering more than 10,600 likes.

Lord Aleem, who is frequently photographed in Dubai, recently posted a picture of themselves in the city with boxer Amir Khan. The social media influencer has recently been to Cannes after previously travelling to Paris, Florida, Medina, and Medina. Earlier this week, the influencer filmed himself driving his Bugatti Chiron through Cannes in the south of France.