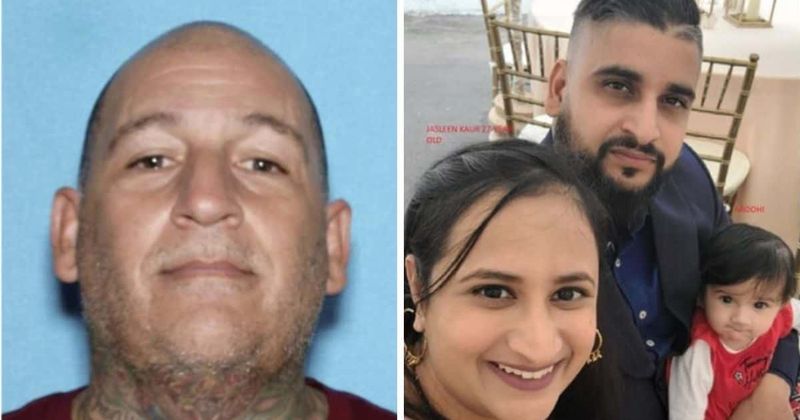 According to the Merced County Sheriff’s Office, a 48-year-old man was detained on Tuesday morning as a suspect in the kidnapping and murder of a Central Valley family of four in California.

According to officials, the man, named as Jesus Manuel Salgado, attempted suicide before detectives could reach him and is currently in a severe condition in the hospital.

Salgado was allowed to be questioned by police about the matter, but he is being uncooperative as the sheriff’s office looks into the deaths of the four family members.

Who Is Jesus Salgado?

The 48-year-old man was previously known to law enforcement, according to the California Department of Corrections and Rehabilitation. He had previously been found guilty of first-degree robbery with a firearm, attempted false imprisonment, an attempt to prevent or deter a victim or witness, and possession of a controlled substance in Merced County.

Salgado may or may not have known the kidnapped family in the past, according to Merced County police, and his motive for the crime is still unknown, though investigators think it was financial.

What Happened to the Family?

An complete family of four, including eight-month-old Aroohi Dheri, her mother Jasleen Kaur, 27, her father Jasdeep Singh, 36, and his uncle Amandeep Singh, 39, were abducted on Monday, according to the Merced County Sheriff’s Office.

CAL FIRE Madera-Mariposa-Merced was called to the intersection of Buhach Road and Oakdale Road in Winton for a report of a vehicle on fire when police later disclosed that they were first informed about the missing family. The 2020 Dodge Ram pickup in black was later determined to be Amandeep Singh’s.

Officers tried contacting Amandeep Singh’s relatives, but they were unable to reach them. Detectives came to the conclusion that the family had been taken hostage and subsequently released.

Detectives received a tip early on Tuesday morning that one of the cards belonging to the kidnapped family member had been used at an ATM in Atwater. They uploaded a picture of a man on Facebook who later turned out not to be the suspect after they were able to identify Salgado as a person of interest in the case.

“We are are working with the bank to obtain the correct photo,” officials said.

The sheriff’s office published security footage of the kidnapping early on Wednesday, showing a suspect walking outside of a shop with Jasdeep Singh and Amandeep Singh while holding a gun, thought to be Salgado. Before being loaded into the suspect’s truck, the two can be seen having their hands zip-tied across their backs.

Six minutes after it had left, the truck came back to the same location and picked up Jasleen Kaur and the infant.

The family was discovered dead in a distant, rural region of the county close to Indiana and Hutchinson roads, stated Merced County Sheriff Vernon Warnke during a press conference that evening.

“Our worst fears have been confirmed,” he said. “We found the four people from the kidnapping and they are in fact deceased.”

Warnke called the incident “senseless” and said that “there is a special place in hell for this guy,” talking of Salgado.