Who is Indishellgp? Claims to release next audio on Friday amid Audio Leaks Scandal Pakistan’s social media recently exploded after it was discovered that a seller on the dark web was offering PM House Audio leaks for sale. The vendor posted information about all of the audio files they were selling, including some juicy tidbits. This includes private chats between members of the Sharif family as well as the prime minister’s interactions with law enforcement and military officials

People immediately began blaming the PM house security as the news broke. While a new joint investigation team is being formed to look into the issue found in the PM residence, new audio leaks are still being reported.

Indishell is an annonymous twitter account leaking the audios of PM house. He claims that the next audio will be leaked on Friday  30 October

All audios will be released this Friday.

According to an audio recording that has since surfaced online, Maryam Nawaz Sharif advised her uncle Shahbaz Sharif to scrap the “health card” initiative put out by the last PTI administration.

Just today, the vendor posted a new message on the dark web site announcing that no more bids would be allowed and that all of the audio files would be made available on September 30.

The audio vendor stated that everything he has decided to do is now final in addition to his decision to provide the audio files on Friday, September 30. The seller has chosen to provide a handful of the audio files right away, while you might need to wait a while for all of them. 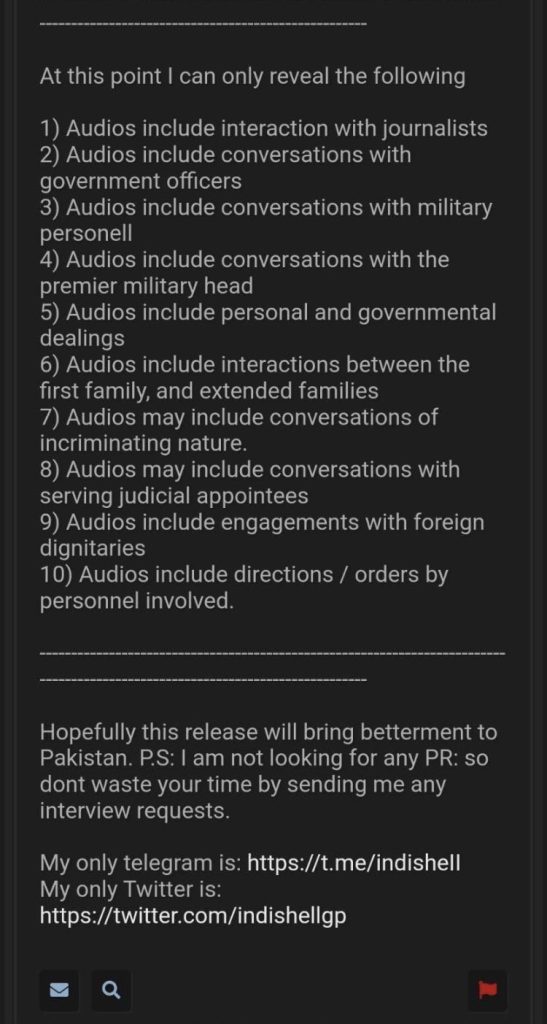 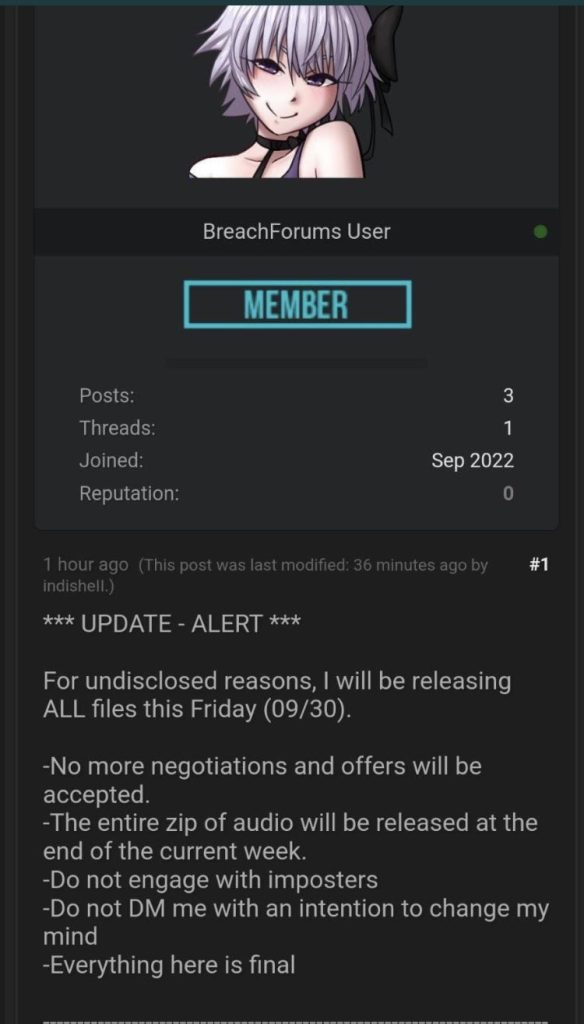 The seller now has sensitive talks that the PM had with foreign dignitaries, family members, judicial appointees, military chiefs, etc. in the audio files that they intend to expose.

The vendor concluded his letter by expressing the hope that the audio recordings will improve Pakistan’s future. He also indicated that he did not seek publicity from the audio leaks and would not agree to an interview request.