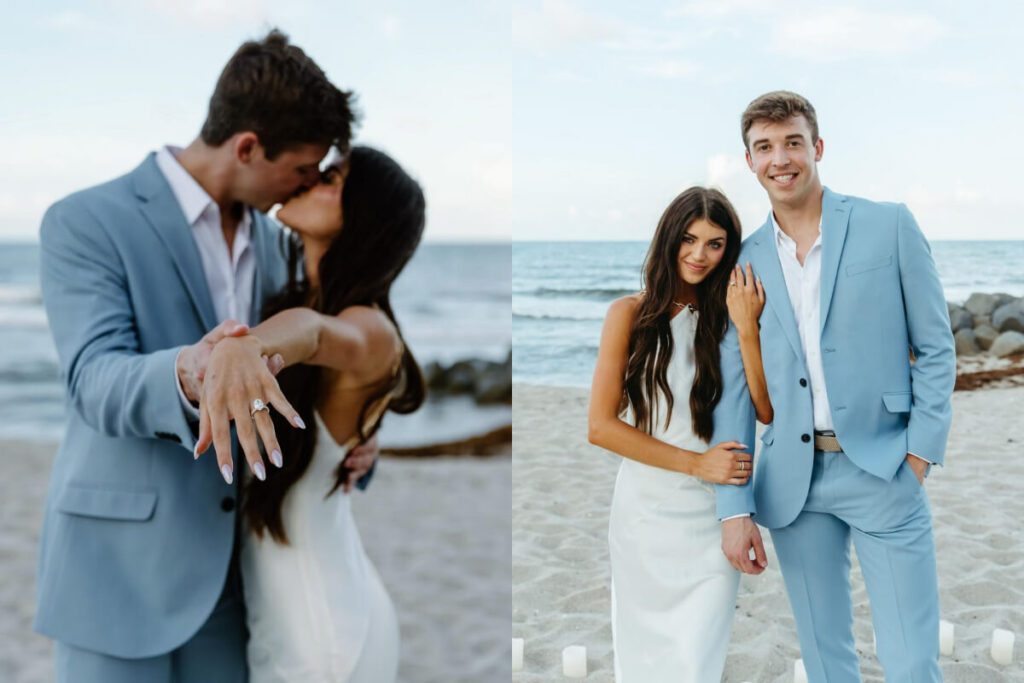 Madison Prewett, a former contestant on The Bachelor, just got engaged to Grant Troutt in Palm Beach, Florida, on July 31, 2022.

She stated in a statement that Troutt also included her family and friends in the proposal, and that she was unaware of it. She stated in a People interview:

“Grant was waiting for me and led me out to the beach, where he had candles and flowers and a Bible with my new name on it. And the ring of my dreams!”

Troutt and the 26-year-old reality TV personality began dating in December 2021, and in May 2022, they made their romance Instagram official. After she had a difficult breakup with Peter Weber, the star of The Bachelor Season 24 (2020), he entered her life.

The Bachelor alum’s fiance, Grant Troutt, has been an assistant basketball coach

Grant Troutt, a 26-year-old speaker and clergyman, is engaged to Madison Prewett. He works as a summer analyst at Blue Star Innovation Partners in Frisco, Texas, according to his LinkedIn profile.

The social media influencer and podcaster has previously had internships at JMI Realty and Red Mile. Troutt has also worked as a basketball assistant coach for a number of prep schools. He received a full scholarship to play basketball at UC Santa Barbara, attended SMU to further his education.

Grant, Savannah, and Preston are the three children of his parents, Kenny and Lisa. He is currently engaged to the star of Bachelor Nation. It’s interesting that the couple, who share the same age, were born 20 days apart.

Prewett and Troutt got engaged even before a year had passed since they started dating. They first began dating in December of the previous year. In May, the former contestant of The Bachelor confirmed her romance on Instagram, calling Troutt “realist G in town.”

“You were worth the wait.”

Speaking about her proposal day with People magazine, Prewett said:

“He actually was supposed to come with me and my friends to Florida but he got sick and wasn’t able to make it. I thought we were celebrating one of our friend’s birthdays. I was told we were taking birthday pictures on the beach and when I came down, my best friend led me into the bathroom where my mom and sisters were with the dress I wanted to get engaged in.”