Who is General Sahir Shamshad Mirza? New CJCSC of Pakistan 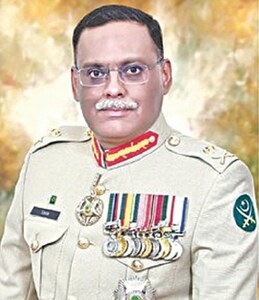 The government put a stop to the lingering rumours on Thursday when it revealed that Lieutenant General Asim Munir had been picked by Prime Minister Shehbaz Sharif to succeed General Qamar Javed Bajwa as Pakistan’s new army head.

On Twitter, information minister Marriyum Aurangzeb stated that prime minister Shehbaz Sharif has also appointed Lt Gen Sahir Shamshad Mirza as chairman of the Joint Chiefs of Staff Committee by using his constitutional power to do so (CJCSC).

After receiving permission from the associated parties to choose the officers for the top positions, PM Shehbaz called a federal cabinet meeting earlier today to discuss the high-profile appointments.

Sources claim that the federal government has kept PM Shehbaz’s choice for army chief under the Pakistan Army Act despite his impending retirement later this month.

Lt Gen Munir, who served as both Pakistan’s chief spy and COAS, will succeed General Qamar Javed Bajwa, who will leave office at the end of this month after serving a six-year term as COAS.

He was appointed chief of general staff following his appointment to the three-star level, effectively elevating him to the position of second-in-command in the army behind the COAS. In that capacity, he actively participated in significant decisions affecting both foreign policy and national security. In 2021, he also participated in strategic discussions with Chinese Foreign Minister Wang Yi alongside former foreign minister Shah Mehmood Qureshi.
Sahir Shamshad Mirza
Share. Facebook Twitter Pinterest LinkedIn Tumblr Email