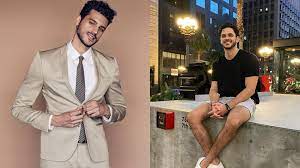 The most recent Love Island USA Season 4 episode, which aired on Thursday, July 28, 2022, featured two fresh bombshells. Bryce Fins was one of them, and all the women in the villa gave him a warm welcome.

Every week, one islander from the current group is dumped before a new one is introduced on Love Island USA. Tyler Radziszewski, who arrived at the property last week, was told to prepare his belongings this time. Following his departure, the next episode’s promo featured two fresh characters entering the villa: Bryce Fins and Jeff Christian.

Felipe is one of the Love Island USA Season 4 cast members that is currently living on the island. Because of their similar appearances, fans believe he and newcomer Bryce are related. On social media, they referred to the rookie as “Felipe 2.0.”

Take a look at fans’ reactions:

Bryce is giving Felipe 2.0 in terms of looks #LoveIslandUSA

The Love Island USA star received training under renowned cinematographer Jeffrey L. Kimball, who is recognised for his work on films like Star Trek: Nemesis and Mission: Impossible II, according to his social media handle.

Aside from finance and cinematography, Bryce enjoys working out and exploring new places. Some of the locations he frequently posts about on Instagram are Venice, Prague, NYC, Amsterdam, Japan, France, and London.

The new boys are here and things are about to get lit! 🎆 Tune in tomorrow to see it all go down! #LoveIslandUSA pic.twitter.com/r3iV4w4jko

It’s odd that none of the original islanders have been abandoned yet. One of the newcomers, Valerie, was eliminated in the first round, and Tyler was eliminated most recently. Mady, Chazz, and Bria, along with fresh entries Bryce and Jeff, make up the remaining bombshells who joined the programme later.