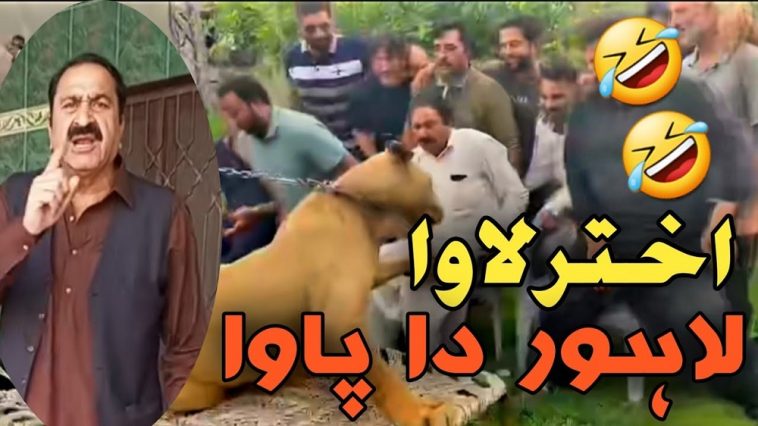 Businessman by trade, Akhtar Lawa has gained internet fame for his catchphrase and punch-motion combination.

He explained in an interview with Daily Point on YouTube that he began employing the catchphrase motion in his now-viral TikTok videos because it makes him feel “charged and alive.”

In his own words, here is who he is:

He was a trending topic on Twitter in Pakistan last night:

His output is still being enjoyed by internet users, who use his voiceovers for their videos and use the catchphrase in memes. They are so obsessed with him that they have even demanded an interview with him on Nida Yasir’s Good Morning Pakistan television programme.

Even further, a tweep faked a viral video of it in an effort to fulfil the awam’s wish:

Here is one of his more viral videos in which he gets scared by a pet lion:

Did you know that Akhtar Lawa allegedly had prior arrests? While he was being held by police, this video of him was taken by someone:

And followers of Akhtar Lawa are not limited to Pakistanis. His insane online popularity is demonstrated by the fact that even a Norwegian imitated his slogan and punching action!

This only serves to demonstrate that being well-known online can be achieved without much talent or specialised knowledge. To go viral overnight, all you need is a catchphrase and stupid material.