Who is ADC Nowshera Qurat-ul-Ain Wazir AKA Miss Wazir? Her Heroic Efforts To Save People From Flood Win Hearts 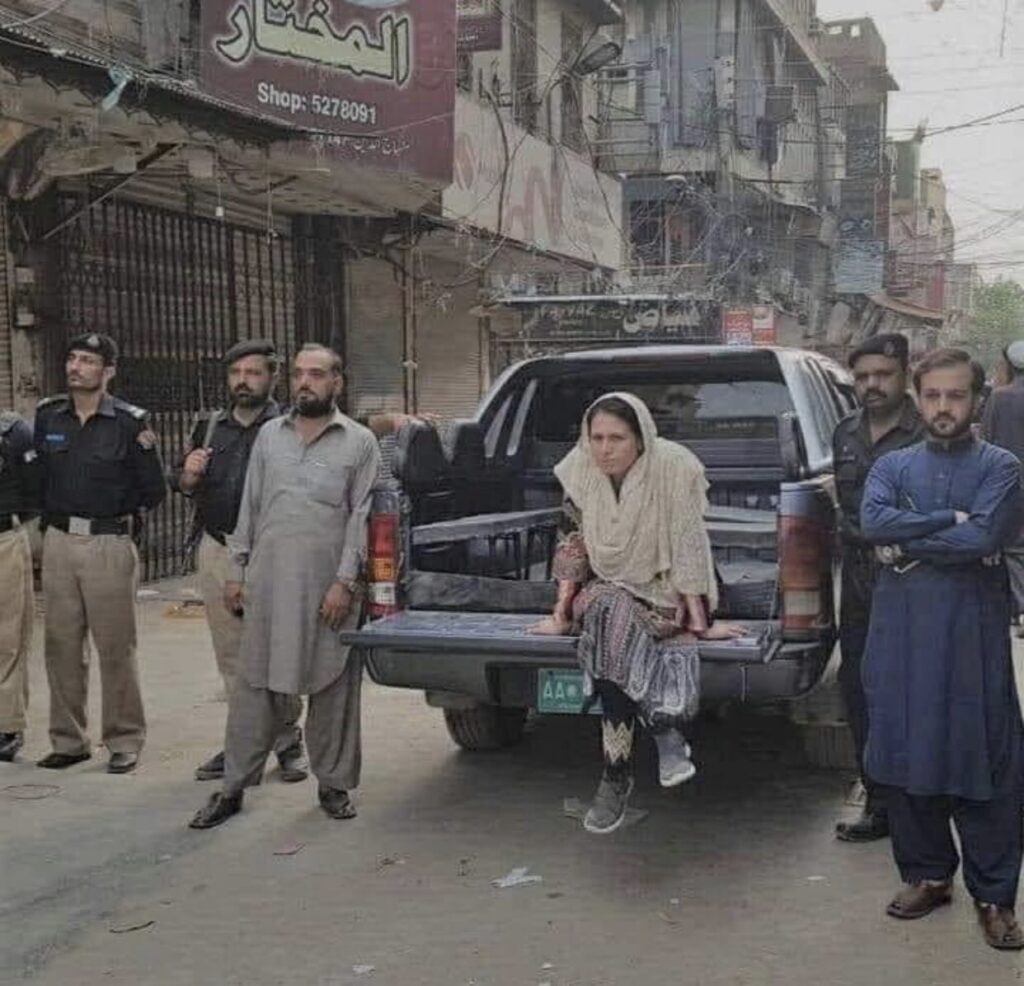 Who is ADC Nowshera Qurut-ul-Ain Wazir AKA Miss Wazir? Her Heroic Efforts To Save People From Flood Win Hearts
Share
Facebook Twitter LinkedIn Pinterest Email
Deputy Commissioner Nowshera Qurut-ul-Ain Wazir for her extraordinary efforts to offer aid and preserve the residents of Nowshera from the flood.
On social media, her videos and pictures of getting the neighbourhood to evacuate are making the rounds. ADC Wazir visited homes to persuade residents to leave their homes with their families. Last week, it was feared that Nowshera city may experience flooding, thus preventative precautions were taken to save the populace. If a flood struck Nowshera, it was predicted that the entire city would be submerged, resulting in severe catastrophe.

She is completely justifying with her work and serving humanity. Way to Go! https://t.co/pXugFQiejc

A movement of silence for those who were criticising district administration for using Vigo and Revue
Just imagine such relief activities during were possible in cultus and Mehran cars! pic.twitter.com/mMQWP7SrxC

She is miss Quratulain Wazir, additional Deputy Commissioner of Nowshera. For the last five days, she has been in flood affected areas saving hundreds of families. She personally visited the affectees & accomodating them at camps. She did what she could. She's not PM, CM, MPA etc pic.twitter.com/zWNVbTlaKc

Qurut-ul-Ain Wazir attracted the attention of online users during this time, and photos and videos of her overseeing relief efforts surfaced on social media. From the mosque, she spoke to the residents of Nowshera and urged them to leave their houses with their family.
She walked through knee-deep water while pleading with the villagers to leave for a more secure location. Internet users assert that she oversaw a model evacuation process and thereafter kept an eye on the flood victims’ assistance efforts. Wazir is recognised as the face of Pakistan’s civil administration and a testament to the emancipation of women. According to reports, she helped save hundreds of city households. In the relief camps, Qurut-ul-Ain Wazir personally hosted the impacted.

Watching her for the last 3 days! What a woman!!!! @miss_wazir 👏👏 more power to you! pic.twitter.com/vlk7aVWrGI

In Pakistan, torrential flooding had destroyed many homes, businesses, and other important infrastructure, especially in Balochistan, Khyber Pakhtunkhwa, Southern Punjab, Gilgit Baltistan, Sindh, and Chitral. Large-scale rehabilitation efforts are needed to bring back normalcy in these regions. Due to the high water levels in these areas, many sites are inaccessible, which makes the relief efforts difficult.
Both the federal and provincial governments of Pakistan have made an appeal to the populace to give generously to flood victims; food, clothing, and tents are required to house the people displaced by floods in all of these provinces.
ADC Nowshera Miss Wazir Qurut-ul-Ain Wazir
Share. Facebook Twitter Pinterest LinkedIn Tumblr Email