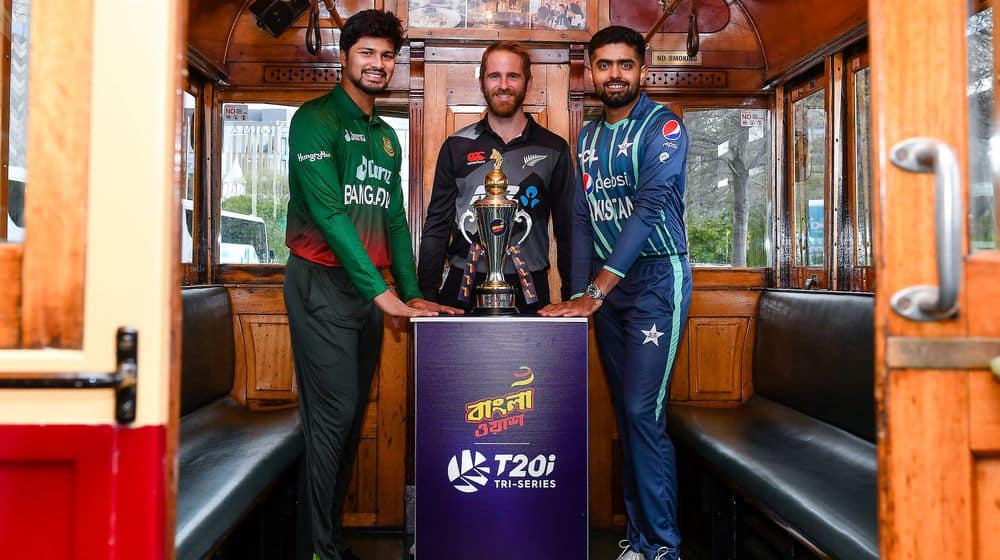 Tomorrow, October 7, the Pakistan, Bangladesh, and home team will play in the tri-nation series in New Zealand. The series will act as a prelude to Australia’s hosting of the T20 World Cup in 2022.

According to the official schedule, Pakistan and Bangladesh will face off in the opening match at Christchurch’s Hagley Oval Stadium. Prior to the major event, both parties will be eager to adjust to the circumstances.

The Men in Green played outstanding cricket last month despite the absence of many important members of the team. They performed admirably in the seven-match T20I series against England at home to earn a spot in the Asia Cup 2022 final.

However, after losing to Afghanistan and Sri Lanka and being ousted from the Asia Cup 2022 in the group stages, Bangladesh recovered to sweep the two-match T20I series against the UAE, winning both games 2-0.

Notably, this would be Pakistan’s first tri-national competition in the previous four years. In 2018, Pakistan participated in a tri-series in Zimbabwe, where they won the competition after defeating Australia in the championship match.

The shortest form of cricket has been fruitful for New Zealand this year, as they have won four straight series away from home. They overcame the West Indies 2-1 and completely blanked Scotland, Ireland, and the Netherlands.

Pakistan VS New Zealand match will be telecasted live on PTV Sports and Ten Sports on television as well as their live streaming platforms.