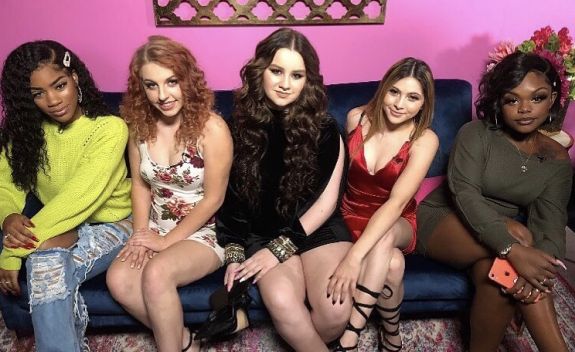 Teen Mom: Young + Pregnant Season 3’s next episode is scheduled to premiere on MTV on August 23 at 9 p.m. ET. Teen women will be depicted attempting to balance their lives as parents and as individuals.

Rachel hosts Baby Hazelee’s third birthday celebration, but what kind of party would it be without some drama? The third season’s episodes are currently streaming on Hulu and the network’s website after its June 28 premiere.

The television show Teen Mom: Young + Pregnant, a spin-off of 16 and Pregnant, has been airing since 2018. The show follows Kayla, Brianna, Kiaya, Rachel, and Madisen as they grow up and begin to parent their children.

The official synopsis of the show reads:

“Young moms Kayla, Brianna, Kiaya, Rachel and Madisen navigate the challenges of being young moms, and learn to lean on each other when it feels like there’s nowhere else to turn.”

In the most recent episode of the programme, Happy Birthday Hazelee, Rachel celebrates her daughter’s birthday and is happy Madisen came because they were able to catch up.

The synopsis of the episode says:

“Madisen and Christian drive to Arkansas and stop in Tennessee to visit Rachel and celebrate Hazelee’s third birthday; Brianna worries about sending Braeson to a school that banned LGBTQ and BLM.”

Rachel tells Madisen that she has problems with her mother not going to therapy the day after Hazelee’s birthday. She inquires about how to establish limits with her parents, but she is not totally satisfied with the response from her fellow teen mom. Since her house was too far away to host the birthday celebration there, Rachel confesses throughout the chat that she had considered banning her mother afterward.

“I feel like you’re leading her on in a way.”

The two friends have a peaceful talk that quickly devolves into a screaming match that leaves Madisen inconsolable.

However, this Teen Mom: Young + Pregnant episode will feature additional drama as well. Luke, who recently proposed to Kayla, and Kayla have an emotional discussion about their relationship since Luke believes they need some separation.

“Why can’t you see how much I’m hurting, I don’t understand.”

Brianna is worried about sending her son Braeson to a school that has banned the LGBTQIA+ community and the BLM movement. Danae, Brianna’s ex-partner, is trans and has expressed his desire to raise her son as his own.

Since most individuals her age aren’t searching for anything serious, Brianna tried dating again in the previous Teen Mom: Young + Pregnant episode, Relationship Woes, but she had her doubts and talked to her mother about it. Brianna responded that she was now looking for something serious when her mother observed that the last few men she had dated had been straight.

The synopsis of the episode read:

“Brianna tries to get back in the dating game; Madisen and Christian reach a breaking point; Noah and Rachel move into their new house; Kiaya encourages Teazha to reconnect with her family; Kayla is having second thoughts after her