When will Dated & Related Season 1 air on Netflix? Release Date, Trailer and Cast 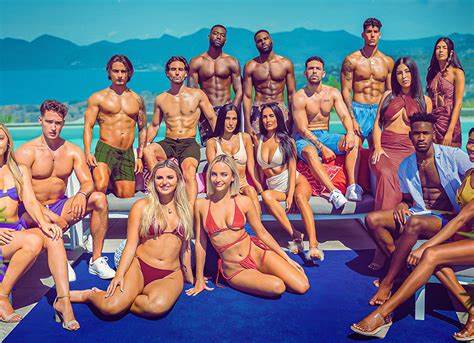 Siblings are forced out of their comfort zones on the reality TV show Dated & Related as they look for love. The “worst awful dating show ever,” according to the streaming juggernaut, was released today. Dated and related will be released on Netflix On Friday, September 2, 2022.

The first trailer for the Netflix series, which follows eight sets of siblings as they travel to the South of France in search of love and encounter plenty of drama, was just released. Sibling pairs who are dating and partnered with other siblings will be featured in Dated & Related. Drama will unavoidably occur on their quest to find true love, it goes without saying.

Dated & Related is slated to be released on Friday, September 2, 2022. The series will be compiled of ten 45-minute episodes.

Melinda Berry, who hosts Too Hot to Handle, will also be the host of Dated & Related on Netflix. Berry draws inspiration from a variety of well-known musicians, including Megan Thee Stallion, Beyonce, and Leikeli47. The host also has a specially prepared playlist called Catwalk that she uses as inspiration.

The teaser opens with Melinda saying,

“Who better to have in your corner than your brother or sister, who will be joining you in your search for love?”

One male competitor is seen confessing in the sneak peek that he doesn’t think any of the potential suitors are suitable for his sister. Participant in the Netflix documentary Lily Bajor said it would be hard to witness her sister making overtures to other singles.

Here’s the trailer for the upcoming series premiering on Netflix:

Corrina Roppo admitted during her confessional that there had to be someone out there who desired her company as much as she desired for it. However, a stressed-out and protective sibling often results from heated interactions. One participant said he would do anything to keep his sister safe.

Before ultimately posing the question, “Could your sibling be the secret to finding everlasting love?” Melinda displayed phrases on the screen that read, “Shared DNA, hella PDA.”

Mady and Lily Bajor, Kaz and Kieran Bishop, Dyman and Deyon Miller, Diana and Nina Parsjani, Joey and Corrina Roppo, Daniel and Julia Perfetto, Alara, and Ceylan are siblings featured in the series.

Along with siblings, the show will also include a group of animated cousins. They will have the opportunity to closely monitor their sibling’s developing romance in addition to their hunt for their soul mate.