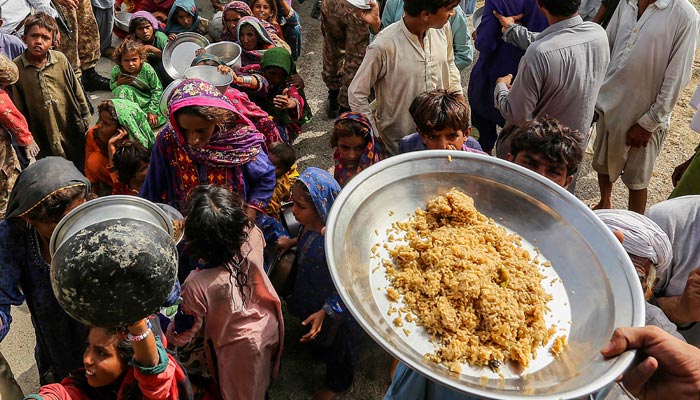 In Pakistan’s flood-affected regions, relief camps are housing around 498,833 flood victims. Out of 166 districts, about 66 have been labelled as “calamity hit.” The need for critical items also keeps expanding as more people are affected by the flood.

The victims are still receiving aid from the Pakistan Army, national organizations, government organizations, and NGOs. Perishable food and other low-priority donations, on the other hand, may not make it to their destination and remain useless.

The government needs more than Rs72 billion to provide relief and rehabilitation for flood victims. Over Rs7 billion in monetary assistance is needed, as well as approximately Rs9 billion for non-food items and nearly Rs2 billion for medical costs, according to the initial tender assessment report.

Over Rs. 9 billion should be set aside for the purchase of equipment to expedite the relief effort, while Rs. 5 billion should be available to save the livestock. Approximately 82,000 dwellings and the total infrastructure need to be rebuilt, according to Independent Urdu.

Here is a list of things to think about delivering to the victims or leaving at camps collecting donations before you decide to donate to the continuing relief operations around the nation:

Only those who live close to aid camps and can easily receive donations with fewer risks of the things going bad can receive cooked food.