What are the causes of severe floods in Pakistan 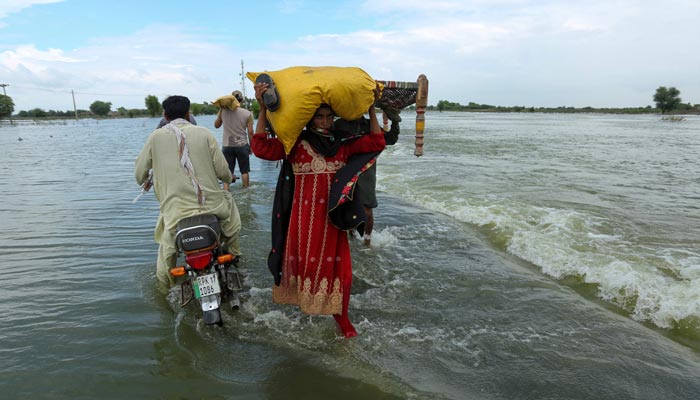 Millions of people have been affected by the floods in Pakistan, hundreds have drowned, and the government has declared a national emergency.

According to the National Disaster Management Authority, about 1,000 people have passed away since June. Tents that have been torn apart line the streets of Sukkur as people search for shelter.

In the 1,000-kilometer-long coastal region of Sindh’s Thatta district, about 15,500 individuals gave their all.

People’s whole life savings—earned through years of labour and intended to pay for their children’s education—have been swallowed up by flood waters.

The villagers worry that the stagnant water could spread diseases that are transmitted through water. Residents hoping to return home to see what may be salvaged haven’t found any solace because Sindh province has been experiencing rainy weather the entire week.

The walls of many homes in the city’s heart are all that are left after devastation.

In the province of Sindh alone, the floods have claimed the lives of over 300 people. Since further rain is expected, people pitch up tents in the tiny alleyways and in any other dry place that remains.

According to Prime Minister (PM) Shehbaz Sharif on Friday, 33 million people, or around 15% of the population, were impacted by the floods.

As the PM met with ambassadors from other nations in Islamabad, the country begged for more international aid.

He asserted that the losses from this season’s floods were comparable to those from the floods in 2010–2011.

According to climate minister Sherry Rehman, the country is currently going through its eighth monsoon cycle, when there are generally just three to four cycles of rain.

She stated that the size of the super flood torrents is astounding.

Over 400,000 homes in Pakistan have been devastated by the several monsoon cycles that have battered the country since the start of the summer.

Ms. Rehman asserted on Thursday that authorities had asked for a million tents to shelter the refugees.

Causes of Floods in Pakistan

The recent floods that hit Pakistan are a result of extreme weather or precipitation brought on by climate change. Some floods are caused by excessive rain in inland areas, while others are caused by sea-level rise and occur along the beach, wreaking havoc in coastal areas.

Heavy flooding is primarily brought on by high tides in coastal areas. This is tied to climate change because of the daily increase in the global temperature.

The floods are mostly caused by two factors: The experts underlined that cyclones and severe rains brought on by warming ocean temperatures, as well as expanding seawater brought on by glacier and Arctic sea ice melting, are all causes of sea-level rise.

A large sea level rise of 1 millimetre along coastal Sindh over hundreds of years has contributed to seawater incursion inland. Invasive sea water has a big impact on communities in coastal areas where economic activity is concentrated.

According to experts, storms in the Arabian Sea that have become more frequent and severe over the past 50 years as a result of climate change have an economic impact on cities like Karachi, Badin, and Thatta.

According to a study, thermal expansion, freshwater inflows, physical forces, monsoon variability, and ocean current variance are the main drivers of sea incursion.

The top layers of the ocean release some heat into the sky when the saltwater heats, while the lower layers trap this energy.

A study found that the melting of glacial layers, ice sheets, and sea ice resulted in freshwater influx that contributed to sea level rise. The hydrogen cycle, which is triggered by the warming of the seas and surface regions, results in an increase in freshwater input as well.

Without affecting the amount of ocean water, subsidence and lifting scenarios also have an impact on sea level. Tectonic activities like water, gas, and oil extraction are at blame for this.

A direct link exists between changes in monsoon rainfall and climate change. Pakistan has had multiple instances of intense monsoon rains and flooding in recent years.

Regional ocean currents, which move a lot of water from one location to another, affect sea level in one place even when they don’t change the volume.