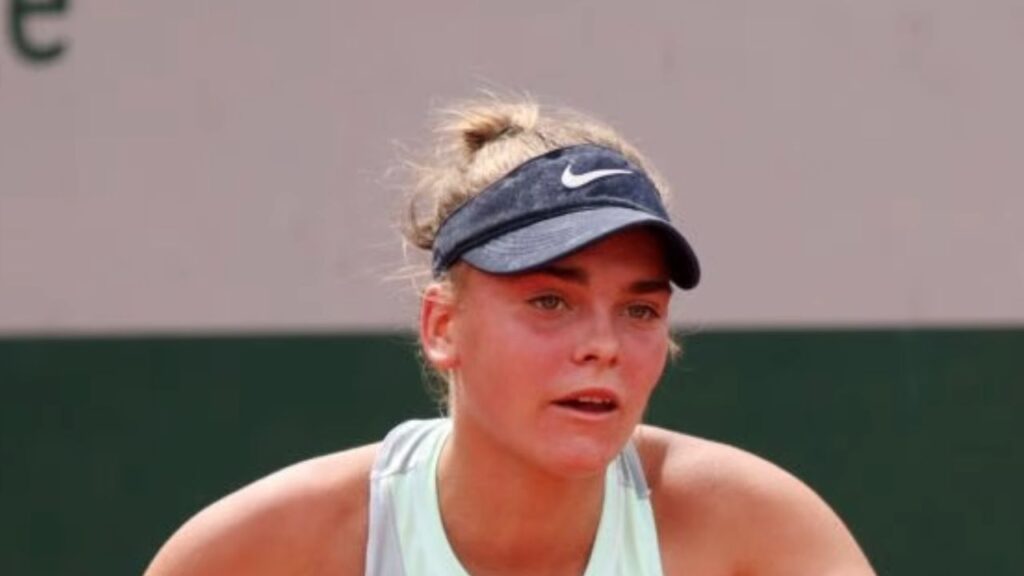 WATCH VIDEO: Sara Bejlek's Father And Coach Groping Her Ass
Share
Facebook Twitter LinkedIn Pinterest Email
Sara Bejlek, a Czech player, is in the news when a video of her being caught in an uncomfortable situation with her father and coach went viral. This comes after she achieved significant progress in her career by making it to the US Open Main draw 2022.
Following the last qualifying match, the 16-year-old player was celebrating her triumph with her coaching staff when she was inappropriately interrupted.
The young player advanced to her first grand slam main draw by defeating Heather Watson in a challenging three-set match, and she then walked over to her coaching staff to celebrate.
Members of Sara’s team, including her father and coach, were seen making an extremely improper gesture in a video that has gone viral on the internet.
The fans who watched the video and alerted attention to the issue were incensed by the so-called “celebration.”
Some people noted that the way in which the celebration is conducted is “wrong” and “natural” in some cultures, while others argued that nothing excuses “creepy hugs.”

There is absolutely no justification for touching a 16-year-old girl on her butt in such an inappropriate manner, one of the stunned tennis fans wrote on his Twitter account. It is completely incorrect.
The footage became worse and worse as it went on. And it’s not because I project or think of her as a “sexual object,” as some have suggested in comments and quotes.
Speaking of the 2022 US Open qualifiers, Kristina Mladenovic, the 14th seed in the women’s singles qualifying draw, was shocked by 16-year-old Sara in their opening encounter. She triumphed 6-4, 1-6, 6-4.
Bejlek defeated Priscilla Hon 6-4, 6-1 to advance to the qualifying round match. Bejlek fell behind to British No. 1 Heather Watson in the championship match, but came back to triumph 3-6, 6-4, 7-5.
She will now compete against Liudmila Samsonova in the main draw’s opening round, while the youthful player.
In the event that she advances through the third round, Barbora Krejcikova, the 2021 French Open champion, will be her opponent.
Sara is the youngest competitor in the main draw of the US Open 2022. She is presently ranked No. 209 in the WTA rankings, and to far on the ITF circuit, she has won 4 singles championships.
Sara Bejlek
Share. Facebook Twitter Pinterest LinkedIn Tumblr Email