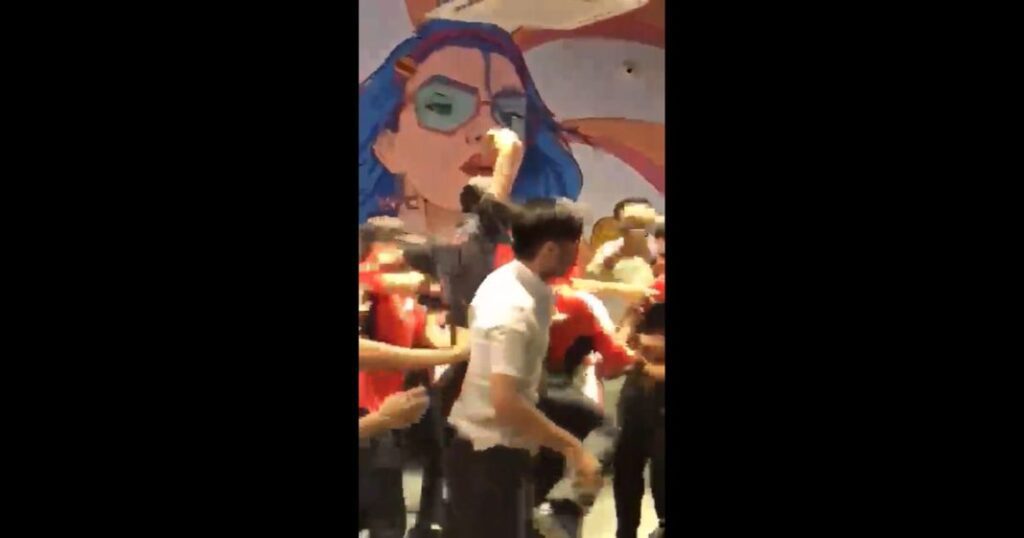 Following a fight between them, the customer at KFC Sheikhupura assaulted the workers. The customer allegedly attacked the workers because the order was delayed. On social media, there are videos showing the employees and the consumer assaulting one another.

The customer is seen in the footage attacking the workers first. He pushed aside other patrons and restaurant management who attempted to stop him and kept beating the personnel. He hurled the reception’s computer system on the ground. Later, as payback, the restaurant workers thrashed him. They defeated him by overpowering him. Some of the clients made unsuccessful attempts to halt them. It is unclear at this time whether the police have opened a case against them. Yasir Butt is the name of the client, claims one Twitter user.

On social media, the video are receiving a range of reactions. While some are posting condemnatory comments, others are making fun of the incident.

KFC Sheikhupura a man named Yasir Jutt misbehaved with the staff and broke the outlet's machinery including LCDs and Cold drink machine. In the reaction outlet staff also beat the man.#othernewspk #KFCSheikhupura pic.twitter.com/F1rwrmmAeQ

I'm being told this guy decided to pay by a cheque at a kfc and was then treated like this. pic.twitter.com/jEmV3OLteo

Call me racist but small cites like sheikhupura do not deserve KFC https://t.co/7dT0Wqe28w

KFC Sheikhupura. Order got late, customer protested with harsh words, got served with different order of the day. pic.twitter.com/3jiHwMjwqQ

According to a Twitter user, the consumer should face charges for causing damage to KFC’s property. He even attempted to harm the female employees. He needs to face criminal charges. Some people think the staff member who was attacked first was a female even though the video obscures her face. The footage also shows the customer yelling at the personnel before damaging the property and beginning to beat them. A sizable crowd had gathered outside the restaurant to watch the altercation, according to another video.