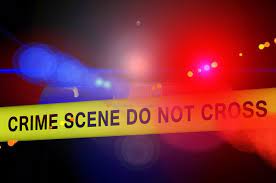 Turkey is in shock after Ali Sayan, who brutally murdered his mother in Istanbul Baclar before hanging himself from a balcony. Then, before lighting the house on fire, Ali Sayan hacked off his mother’s head and hurled it from the balcony.

As the awful photographs immediately spread on social media and more information about the horrific murder came to light, Ali Sayan’s Facebook post about his mother attracted attention. The conversation turned to Sayan’s connections with his mother, whom he had beheaded in 2017.

The heinousness of the incident was caught on camera. Teams from the Istanbul Police Department confiscated a video regarding the Baclar mother’s passing and pursued people responsible for its social media sharing. The people SA (19), NA(37), and GK(47), who recorded the crimes on their cellphones and shared these images with the media, were discovered and apprehended in the vicinity where the original pictures were shot.