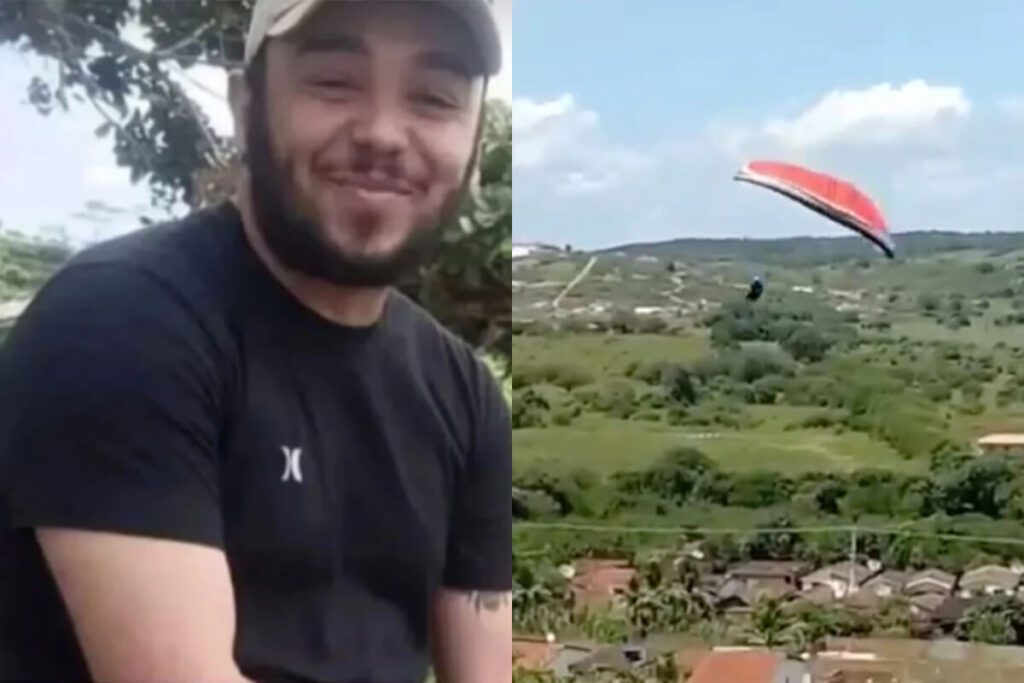 THIS is the terrifying second a paraglider spun in midair and fell 130 feet to his death.

26-year-old Alexandre Pereira Alves was participating in a practise flight when he ran into trouble and tragically crashed to the ground. On Sunday afternoon, the tragic tragedy took place in the Paraiba, Brazil, neighbourhood of Vila Nova.

The victim’s acquaintances claim that Alexandre had been practising paragliding for a few years.

The paraglider appears to be having problems in the video as he spins erratically.

He then makes a hard landing on the earth, with his chute appearing to land over his body.

It happens after another paraglider from Brazil died in a flaming crash in June after having his chute cut off by a kite.

And a father-of-four who was injured horribly while paragliding while on vacation in France abandoned his grieving family.