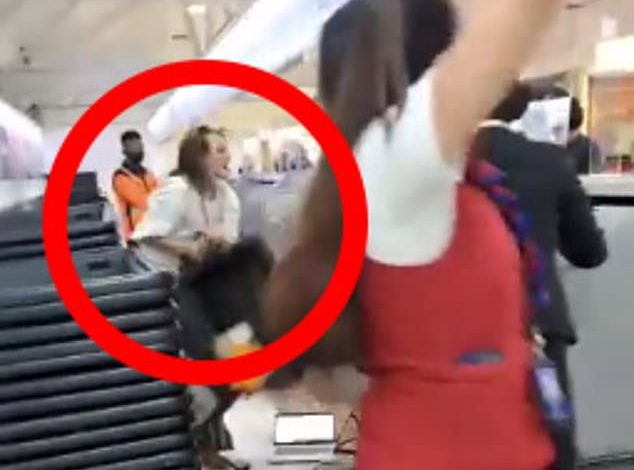 Vanessa continued by saying that the police had told them it was illegal to shoot semi-naked pictures in front of a tourist attraction.

Online users criticised the models’ behaviour, saying they should be “ashamed,” while others claimed they had “stepped the line.”

One person said: “If you want to advertise your brand, I don’t see why you wouldn’t go to the pool or the Caribbean. The Tower is terrible now in Paris. Your information is completely useless.”

Another person added: “Marketing sometimes has to take a backseat to sense.”

An angry passenger got behind an Emirates airline counter and attacked employees at the Mexico City International Airport.#mexico #mexicocity #passenger #anews pic.twitter.com/1dcxp6K0U5

After the woman tried to check in for her flight late and with an expired passport, Emirates airline verified the attack.

An Emirates spokeswoman told Fox News that after the customer was turned down for the trip, she “grew belligerent and physically violent with the ground staff,” necessitating the intervention of airport security and police.

It’s not clear if she has been let go by the cops.

Some people were furious at the vicious attack.

‘It is urgent to punish. Give the example and the message that whoever attacks must pay,’ one person wrote.

‘Totally agree… they are aggressions, damage to other people’s property and deserve punishment,’ another added.

Meanwhile, others were sympathetic toward the attacker.

‘Poor thing, it was surely the desperation of not finding help when faced with a request,’ one person wrote on Twitter.

‘Many times I have wanted to do the same,’ another person wrote.

‘What a lack of understanding in the face of a metal illness that anyone could have at any time in their life.’

‘Good for her that it happened here where there are no consequences,’