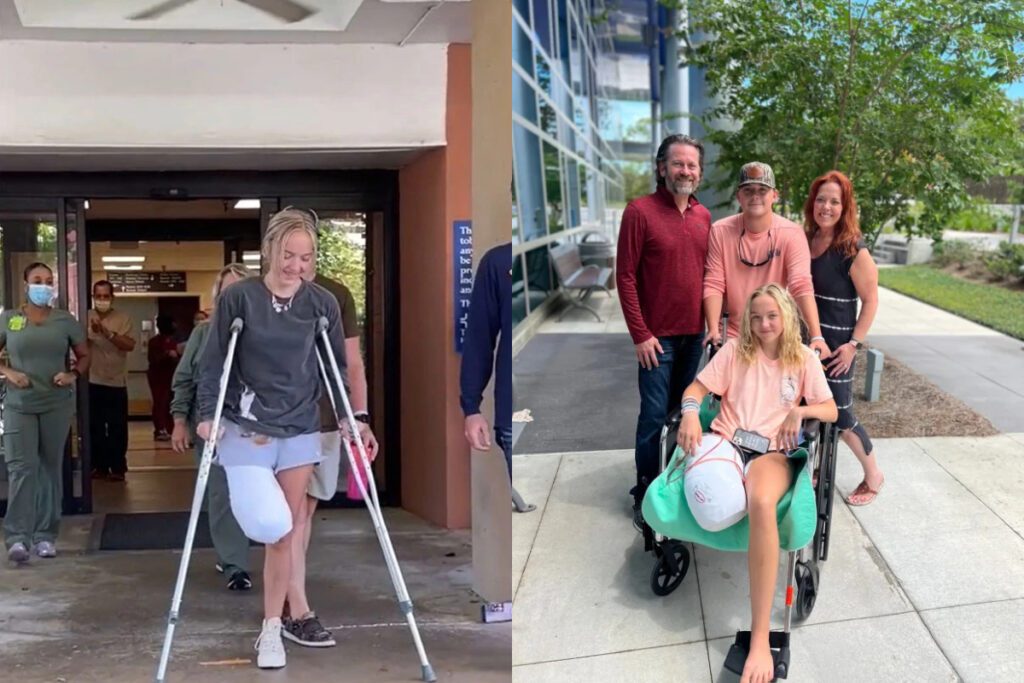 After recuperating for more than a month, a teen who lost her limb in a terrifying shark attack is at last back home.

Addison Bethea, 17, has been receiving treatment at a hospital in Tallahassee, Florida, ever since she was attacked by a shark on June 30 while scalloping. She underwent a number of successful surgeries to preserve as much of her limb as possible, and she is now on the road to rehabilitation and potential prosthetic use.

In a video published by the TMH, the personnel who assisted in her treatment greeted her as she was leaving the Florida hospital with a round of applause.

“Addison, get moving!” A staff member clapped in encouragement as the cheerful girl appeared to master the crutches she is using to aid her in walking.

Experts believe we are nearing the peak season for shark bites, and Florida is commonly referred to as the “shark bite capital of the world.”

The two months traditionally renowned for having the most shark attacks are August and September, and the vast majority of them occur on the coast of Florida’s Volusia county, according to Florida’s Shark Attack File.