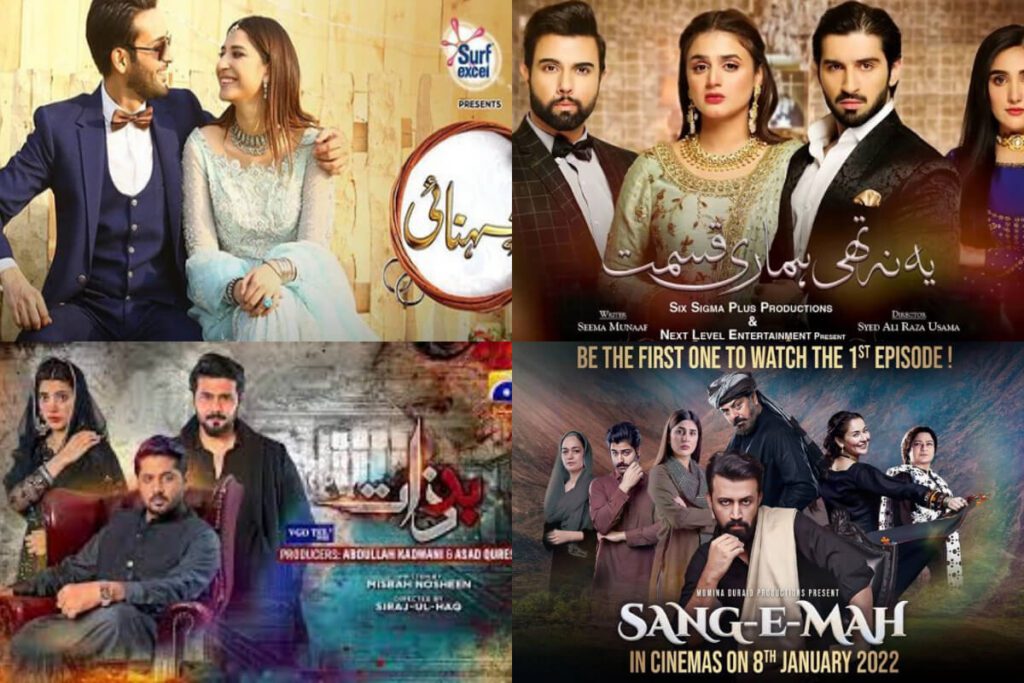 Pakistani dramas are increasingly gaining popularity not only in Pakistan but also throughout the world. These top Pakistani dramas of all time have captivated audiences in a big way thanks to their excellent substance and constrained season length.

There were so many new best dramas in 2022. Dramas from Pakistan continue to be popular around the world. While this may be the case, there has been a significant paradigm shift in the Pakistani drama industry as a result of the end of traditional love stories in dramas. Modern authors and producers are very interested in developing various plot aspects that highlight social issues. The recently shown dramas have carved out a particular place in the hearts of the viewers. It serves the purpose of drawing attention to unusual societal issues that go unacknowledged.

Although Atif Aslam’s presence in this drama series is unquestionably a plus, the story of Sang e Mah involves much more than just famous people. The play focuses on tribal families and the sacrifices they make for their traditions in contemporary Pakistan. The series is a sequel to Sang e Mar Mar which ended in 2017 and picks up from after that plot. Both shows played a vital role in highlighting the ugly parts of our society that we often turn our back to. 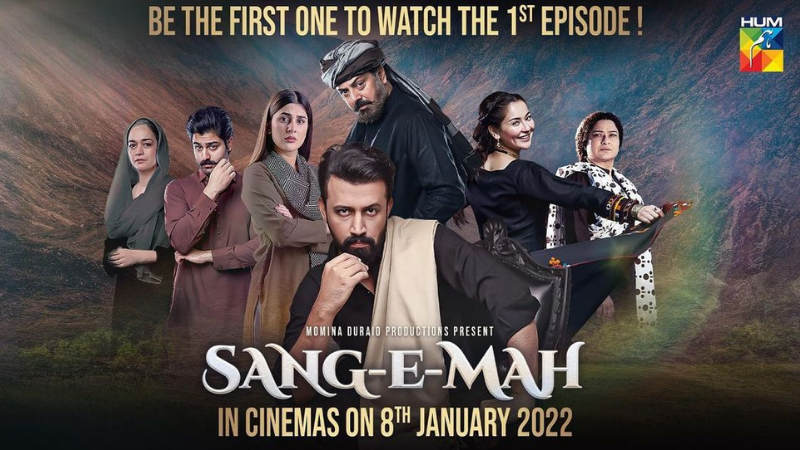 Despite the traumatic character backstories, this drama has a cheerful atmosphere. Due to Merub and Junaid Khan Niazi’s look as a couple, Paristaan gained the most notoriety. The two celebrities are adored by the public, and let’s face it, they do make a rather cute couple. Despite the story’s many clichés, since it’s a sitcom, we don’t feel too badly about anything.

Each episode promises a few laughs and giggles and we are here for it! The main character, Dil Awaiz, experiences anguish throughout the plot, which is somewhat reminiscent of the Star Plus dramas we saw as children. She is left at the whim of her step mother and sister, who treat her horribly throughout, because her father doesn’t love her because of her mother’s background. Dilawaiz meets Sikander later in the narrative and develops feelings for him. However, Sikander decided to wed her because she likes her step sister.

Stepsister Fariya flees with her boyfriend, allowing Dilawaiz to marry a man who was not interested in her, assuaging the pride of both families. The narrative contains several mind-blowing moments that cause one to reflect on our society and the hidden faces it conceals. Mushkil Every new episode of a drama reveals more of the overall tale. It began with Sameen and Faraz getting into problems while in college. The plot has suddenly changed. Her fiancé, Sameen, dumped her. Both of their fathers made the decision to arrange their marriages.

Faraz and Sameen are currently wedded against their will in this drama. Faraz’s facial expressions during each episode reveal how reluctant he was to accept Sameen.

As Hareem continues without stopping, how can we forget about our villain, Zainab Shabbir. She is doing everything in her power to let Sameen down as retaliation for her, being the egotistical friend she is. She is disparaging her and cursing her for the error that she made on her own. All of this was a review of the drama Mushkil. See what happens after that.

Shahzad Kashmiri is the director and Momina Duraid Productions is the producer of the Pakistani television series Parizaad, which is based on the same-named novel by Hashim Nadeem. It debuted on Hum.

The main character of the book is Parizaad, a college student with black complexion who works hard. Parizaad has struggled with confidence and self-worth all of his life. He ultimately got what a man really wants.

Regardless of what people may think of him, Parizad is a diligent, honourable, and kind student. Everyone he encounters is forever changed by him.

This play follows him as he moves through life, coming into contact with both friends and enemies, and trying to resolve an internal conflict that forces him to choose between his sincere love of poetry and a realistic career that would support his family.

Regardless of what people may think of him, Parizad is a diligent, honourable, and kind student. Everyone he encounters is forever changed by him.

This play follows him as he moves through life, coming into contact with both friends and enemies, and trying to resolve an internal conflict that forces him to choose between his sincere love of poetry and a realistic career that would support his family. The plot centres on a big joint family, whose complicated relationships make everyone unhappy and worried about their futures. Wali is a handsome young man with a reputation for being grating and conceited. A sexual assault survivor’s true story served as the inspiration for the drama series Phaans. Sami Khan (Samad), Zara Noor (Zeba), and Shahzad Sheikh are the primary characters in the drama series (Sahil). Over 5.8 million people watched the premiere episode of Phaans. It ranks among the top ten dramas produced in Pakistan this year.

In this drama, Sahil was the one who sexually assaulted Zeba, but Zeba was not believed because Sahil was mentally ill. He wasn’t in a good place mentally. Later, Sahil’s mother and sister, Hafsa, find out that he was a criminal who attacked Zeba and the other maid in a sexual manner. 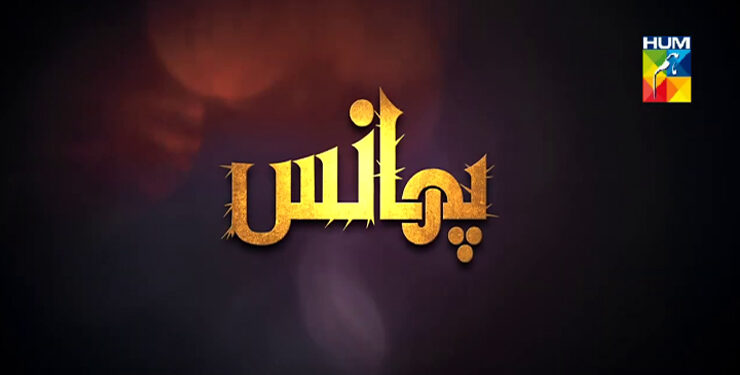 Their parents have complete control over Meerab and Bakht’s lives. They are required to get married to one another. They decided to work together to call off their wedding as a result. The guy who liked Meerab afterwards broke up with her. The girl who liked Bakht also betrayed her. As a result, after a voyage filled with surprises and turns, they get married. 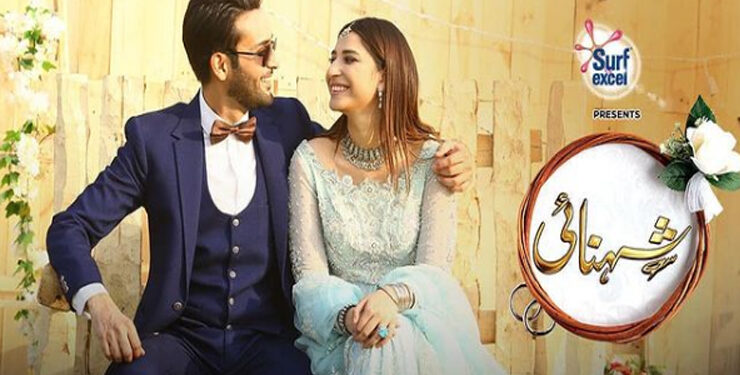 Muneeb Butt, Hira Mani, Noor Hassan, and Aiza Awan are the stars of the drama Yeh Na Thi Hamari Qismat. This is the tale of two sisters and the challenges they encounter after their unforeseen marriage takes place in the same home.

HUM TV is now airing the new drama serial Safar Tamam Hua. This drama captures family interactions in an original way right from the first episode, which piques our curiosity. The first figure to catch the audience’s eye is Rija; she has clear cognitive problems and acts very innocent and young.

Sami (Samina Ahmed) and Jamal (Syed Jibran), the two sons of Khala (Samina Ahmed), are responsible for raising Rija (Ali Rehman Khan). Father of Rija remarried and separated from the family. She also takes care of a man who lives with them but is a musician who is emotionally and mentally committed to “tawaif culture” as well as Anoushey, her other brother’s child (played by Madiha Imam). 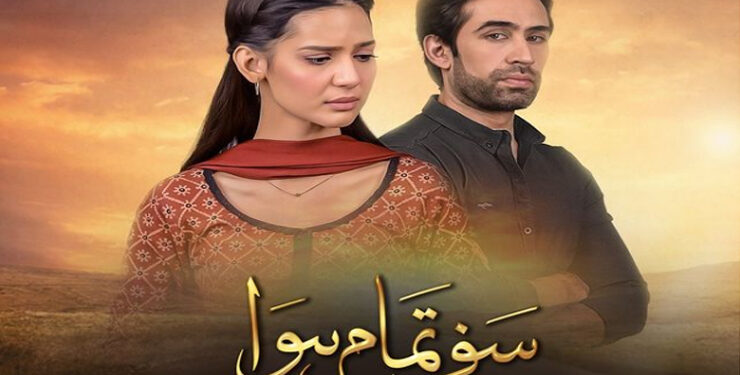 Without a doubt, Pakistani dramas are of a calibre to compete internationally, particularly in India. The optimum year to see the aforementioned programmes is 2022. There are billions of viewers of these dramas. You might pass the time by watching dramas. These dramas will aid in your understanding of Pakistani customs and culture. You stay engaged in the drama until the very last episode with stories that are high quality and suspenseful.