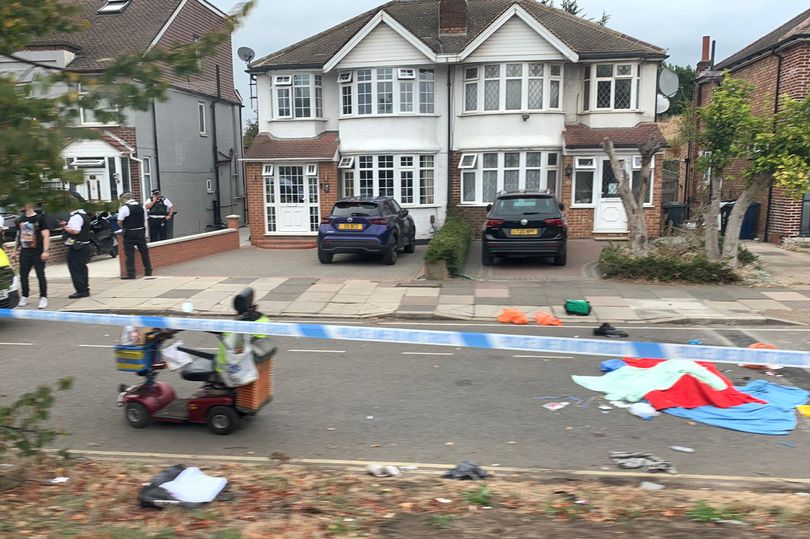 Thomas O’Halloran, 87, has been identified as the elderly who was fatally stabbed while riding a mobility scooter.

A stabbing was reported Tuesday just after 4 p.m. in west London along the A40 (August 16).

Witnesses claim that just before he was slain, he was encircled by a group of young people on Cayton Road in Greenford.

At this point, it’s unclear what motivated the attack. There haven’t been any arrests yet.

According to the Evening Standard, heartbroken locals revealed that Thomas was a musician who had resided in the neighbourhood since the 1970s.

They described him as a “nice old man” and said he was known as “Uncle Tom.”

Eyewitness Frasley Coutinho said: “I saw a couple of people gathering around him and then he drove past and stopped further up, and then there was a group of young boys around him.”

The Standard was informed by neighbourhood store owner Hitesh Patel that “He always carried a Ukraine flag on the front of his basket. “Help for Ukraine,” it declared. He was a wonderful and compassionate man.

“I saw him moments before he was killed riding up to the A40 on his scooter, and I wish I had said anything,” the driver of the vehicle claimed. Along with him, his wife’s mobility scooter was constantly present.”

Added him: “He claimed to be Irish and to have three boys. It’s really sad. I find it hard to imagine that someone would harm him like that in the open. He and his antics here will be missed.

Officers were stationed at the scene of the tragedy while forensic specialists were seen carrying bags into police vans.

Anyone with video is asked to contact Detective Chief Inspector Jim Eastwood of the Specialist Crime Command of the Metropolitan Police.

He said: “I’m calling for anyone who used the Western Avenue A40 Eastbound between 13.15pm and 4.15pm in the vicinity of Cayton Road and Welland Gardens to contact us if they have dash cam or cycle helmet footage.

“The elderly victim, who was riding a mobility scooter, was in the area at the time. If you saw the victim, or captured anyone acting suspiciously in the area, it is imperative that you make contact.”