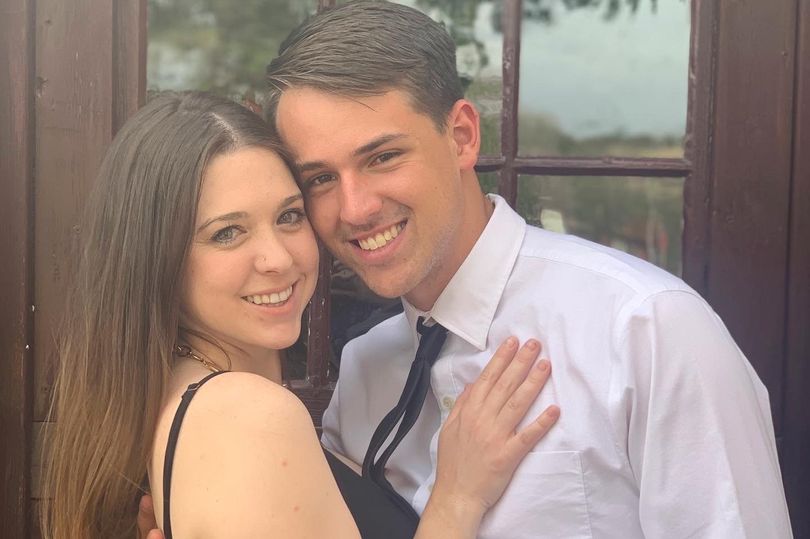 When a blind woman gained her sight, she said that her spouse was “exactly as handsome as I imagined.” Sophia Corah, 24, awoke in May 2017 with blurry vision and rapidly noticed that her vision was deteriorating. In August 2017, she was officially classified as legally blind.

Sophia has keratoconus, a disorder where the cornea loses its ability to maintain its oblong form. She studied psychology at Adams State University in Colorado, the US, when she met Christian Corah, 25, and they hit it off right away.

They grew close, and Christian helped Sophia as her illness got worse. Christian looked into the condition and found a procedure that would allow Sophia to see once more.

Sophia was able to get the procedure in October 2018 thanks to $16.5k in donations for the technique that prevents the cornea from deforming. In August 2019, her vision returned to being 20/20.

In October 2020, Sophia made the decision to confess her love for Christian after realising she had feelings for him. They started dating because he shared their sentiments. 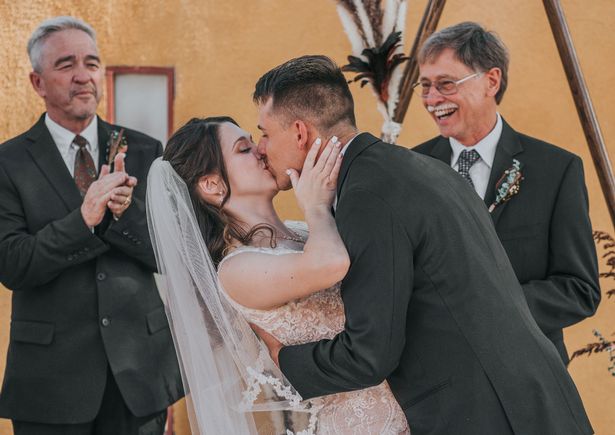 Sophia, a science teacher, from Reiorancho, New Mexico, US, said: “Seeing Christian for the first time was so overwhelming but after I’d calmed down, I realised what a cutie he was. I had already built a connection with him that it didn’t matter what he looked like, but it was very nice to properly see his face after all this time. He was even more handsome than I could have imagined.

“It was terrifying suddenly waking up unable to see and I became very dependent on others to help me. Christian supported me the whole time while I was blind and even helped find the surgeon that did my surgery to regain my vision. He took care of me and made me feel so special.”

Christian, a data analyst, said: “As soon as I met Sophia, I was drawn to her. She was such a fighter and she’d never use her blindness as an excuse.”

Sophia was just 18 when she woke up suddenly unable to see. “At first I thought it was an allergy attack or something,” she said. “I drove to school and realised my eyesight was going when I couldn’t read the paper.

“It was so scary, and I think I sobbed for six months. I feared I’d never see the faces of my future children.”

Sophia’s eyesight quickly deteriorated, and she was registered as legally blind in August 2017.

“I loved expressing myself through fashion and make-up and at that point I could hardly put a shirt on,” she said. “It was really difficult adjusting, but I was determined to do what I could.”

Sophia ended up going to college and meeting Christian when they both worked as residence assistants for their halls.

“I couldn’t see what Christian looked like when I met him – with keratoconus my vision meant I could see about 10 eyes all over the place so I couldn’t really piece him together,” she said. “To cross the road, I could see the shape of someone’s feet and would follow when I saw them move.”

Christian learned that keratoconus can be surgically treated, which would improve Sophia’s vision.

“The only hitch was it cost over £16k so I wasn’t very hopeful as my insurance wouldn’t cover it,” she said. “But Christian put a fundraiser up for me and raised the money in five weeks.” 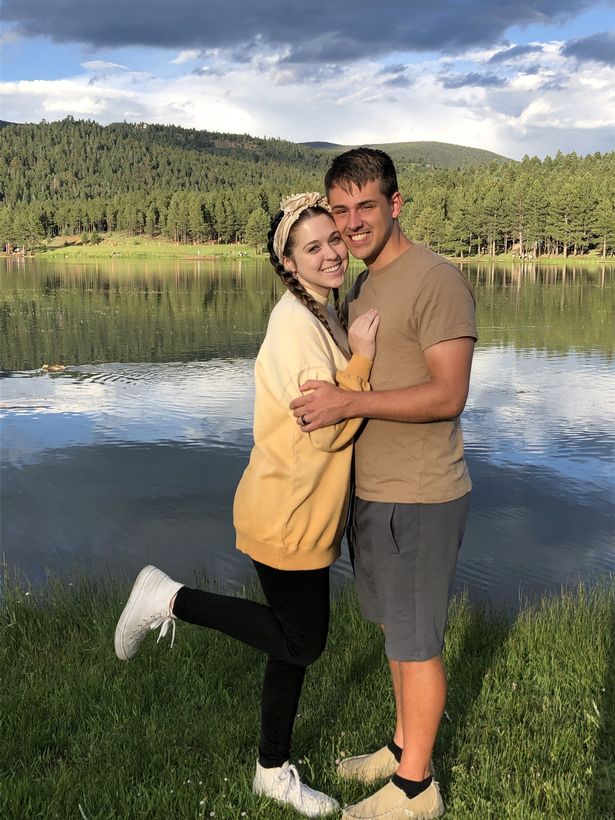 Sophia underwent cross-linking prior to having contacts inserted into her eyes during her procedures in October 2018.

As she recovered, her vision “started slowly returning, but it was really gradual,” she added. I was able to put on Sclearals contacts, which let me to see, but it was really intense, and I could only wear them for a short time at first.

After returning home for the surgery, she added, “Christian and I had been in touch, and I realised that no one else made me feel like he did.” “After finding the strength to express my feelings to him, I made the decision to visit him. Seeing him was quite intense.

“But I could see how handsome he was- he had a gorgeous smile. I knew I’d fallen for him and had to tell him how I felt. Luckily he felt the same way.” The couple’s relationship quickly progressed, and they got married in June 2021.

“It’s been an amazing journey,” Sophia said. “Christian was there for me in the toughest times of my life and supported me and made me feel so special. It brought us so close together.”

Christian said: “Sophia is so resilient. She would play ping pong with me when she was blind and beat me at pool.”

Read More: Elizabeta Babb arrested for leaving two 2-year-old in car as she went for shopping