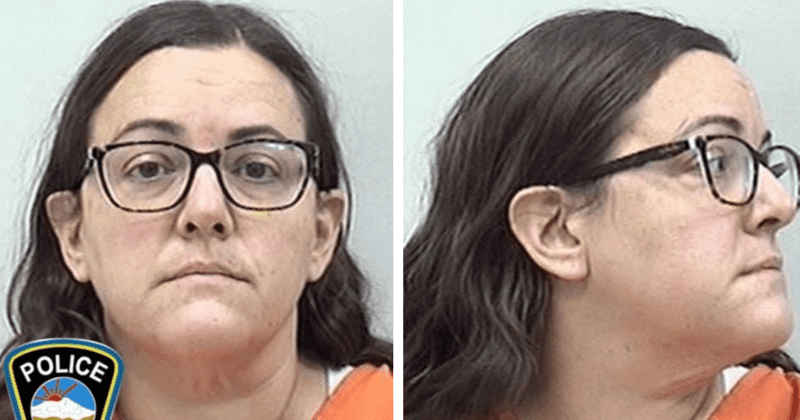 Police in Colorado said that a school staffer took a youngster into her house where she repeatedly sexually assaulted him. Authorities claim that Sarah Jones, age 45, first began a relationship with the 16-year-old victim while her husband was in the hospital.
Thursday, August 18, saw the arrest of Jones. Following an abuse complaint from another police department, the accused reportedly came under the Colorado Springs police’s notice on June 14.

Thursday, August 18, saw the arrest of Jones. Following an abuse complaint from another police department, the accused reportedly came under the Colorado Springs police’s notice on June 14.

According to the boy’s account to the police, Sarah was a library technology educator at Mitchell High School when he first met her as a sophomore. The victim claimed that he had a difficult time finding housing and that he finally moved in with Sarah “before or after” Christmas, according to police.

According to police, the 16-year-old said they had intercourse “about five times” and that Sarah had requested it 10 to 20 times. Additionally, Sarah is said to have sent him a sizable sum of money via an app, and a phone check of his is said to have turned up 4,777 “instant chats” between the two of them.

An investigation began and the suspect was identified as Sarah Jones, a Library Technology Educator, at Mitchell High School. Through the investigation, probable cause was established to arrest Ms. Jones for the crime of sexual assault on a child by one in a position of trust.

“You don’t want to explore new things?” read a message from Sarah in one of the documents that KKTV was able to collect. “I do, but I think it is starting to get [too] unsafe,” the adolescent said in response.

Sarah also said, “I’m sorry,” and “I’m not strong enough to suppress my love,” in another exchange. The boy followed up with “No” and “I want you as a mom. The other things are possible, but I want you to be my mother.

Sarah reportedly looked up questions like “if someone filed a police report against me” and “if I remove my apple id can cops access my icloud,” according to a Fox 21 investigation.

Sarah is incarcerated in an El Paso County jail after being detained for child sexual assault.

Michael Gaal, the district 11 superintendent, stated to KKTV that Ms. Jones had been placed on administrative leave because of the allegations and the current police investigation. Administrators from the Mitchell and District are collaborating on this inquiry with the Colorado Springs Police Department. The security and welfare of every student are our top priorities. We will continue to cooperate with investigations to protect our pupils despite the fact that these alleged charges are outrageous and violate state law as well as D11 Board of Education standards. The District requests that all media inquiries be directed to the Colorado Springs Police Department because there is an ongoing investigation there.

Read More: Andrea Mazzetto plunged 330ft to his death in front of his girlfriend Sara Bragante