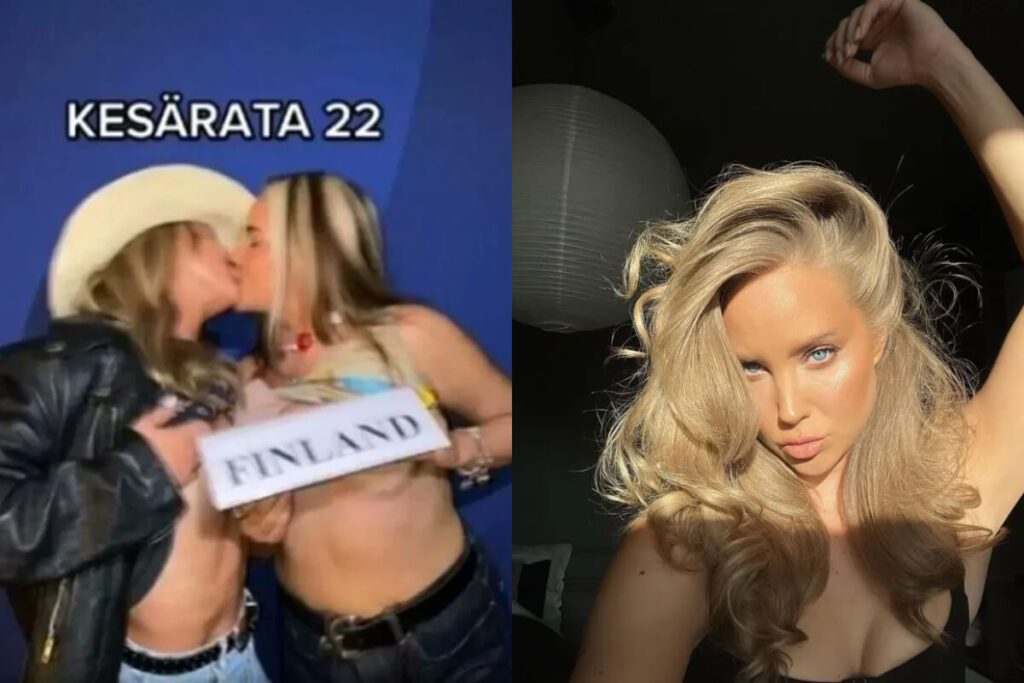 Sanna Marin, the party-loving prime minister of Finland, posed topless for a photo with a man at the desk where she conducts meetings with foreign leaders.

Following the release of numerous obscene recordings, the racy photo taken at her official apartment has put her in even more trouble. In the same location where the mother-of-one is frequently seen making formal announcements, two patriotic influencers kissed while covering their breasts with signs that read “Finland.”

They stole the sign, which usually stands in front of Ms. Marin, in order to protect their modesty in the photograph that quickly went viral online.

Following the exposure of her inebriated actions, the PM is now dealing with more criticism from those who labelled her as “immature.”

After twerking at a “wild” private party, she was made to take a drug test, which resulted in a negative result.

Others, however, contend that she is the victim of unfair judgement because older male politicians’ actions are rarely brought up for discussion.

Women from all around the world recording videos of themselves dancing in “solidarity” with the young leader have also given her encouragement.

With the use of the hashtag #SolidarityWithSanna, supporters have been encouraging the PM.

Politicians and world leaders have added their voices to the heated debate, citing concerns about sexism toward women in positions of authority.