Rich Foetu Tomkinson met wife Evie when she was a baby 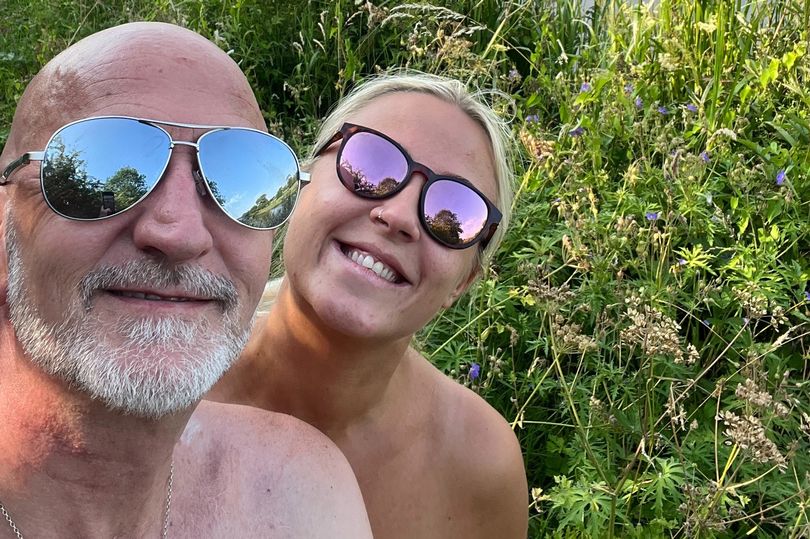 Rich Foetu Tomkinson, 48, learned that his partner Evie, 29, also grew up in the same neighbourhood.

He learned they had worked on the same street in the 1990s after chatting with Evie’s mother Sarah Owen, 53.

And occasionally, he had caught sight of his future wife being pushed around in a pram.

The couple was shocked by the revelation, but they were able to laugh it off.

Stafford residents Rich and Evie, who were married in July, are due in January.

Rich, who works as a surveyor, said: “It was a bit freaky when I realised I’d met Evie as a baby, but I had no idea at the time.

“We simply chuckle about it. Age is just a number to us, and falling in love with someone is an unavoidable fate.

Even though I’ve occasionally been mistaken for Evie’s father, most people can see that we get along. We are not bothered at all by the 19-year age difference.

“I’m really delighted to have a baby with Evie. Marrying her was the finest day of my life.”

It was a little strange when we discovered that Rich had met me when I was a baby, said social worker Evie.

“He’s so fun and has the biggest heart. When we’re together you can’t really tell we’ve got a big age gap – apart from Rich’s grey beard.

While some question if the couple’s age gap is too big, they don’t let it faze them.

Sparks have been flying between them ever since they had their first conversation at a bar that Evie was working at.

Rich said: “We really hit it off. I invited her to get involved with a big charity event I was doing so we could keep in touch.”

The pair continued to meet up – and when Evie went on holiday, her new beau knew she was the one.

He said: “I really missed her and was worried about her when she was away.

“I told her when she came back, and she said she felt the same.”

The couple have helped each other through difficult times – including the death of Rich’s parents and Evie’s dad, Martyn.

They tied the knot in July 2022, three years after getting engaged as their wedding was delayed due to Covid restrictions.