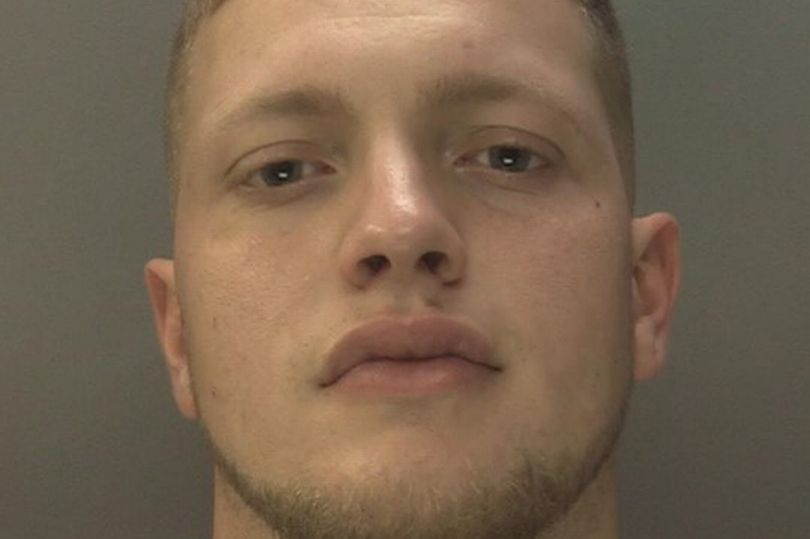 A violent lover who assaulted his ex-girlfriend by slapping, threatening, and strangling her has been sentenced to prison. He pulled out a knife and said, “You think I won’t stab you?” as she screamed and thought she would die.

Reece Henderson, an abusive alcoholic, grabbed his ex-girlfriend by the hair and flung her to the ground before kicking her. During the 45-minute attack, the 20-year-old was envious and ordered her to “take down her underwear” so he could “see whether she had slept with someone else.”

When he attacked his fiancée at his Perry Barr home, he was only three months into a two-year sentence with a suspended prison term for a string of distinct violent offences. He hit her three times around the head, threw her down into the bed, and jammed his fingers down her throat during the event.

The incident happened a week after the couple split up, the prosecutor, Amrisha Parathalingam, told the court. She said that the defendant was verbally and physically abusive, spat in her face, accused her of eyeing other boys, and tried to stop her from doing things.

After the breakup, Henderson made suicide threats and emotionally tortured his ex-girlfriend by saying he “didn’t have money to eat.” She promised to visit him at home and delivered a McDonald’s, the court was told.

However, as soon as she got there, he began “quizzing” her, making derogatory remarks about her, and calling her a “s***.” Then, he grabbed her by the hair and threw her to the ground, where she balled up in terror.

Continued the prosecutor: “Then, the defendant began striking her with both feet. She said he kicked her so hard she felt dizzy. She was additionally injured by the alcohol tag he had attached to his ankle.

According to Miss Parathalingam, he pulled her into the bed and struck her over the ear “such hard that claimed her ear was ringing.” The victim started yelling.

“She began to vomit as the defendant jammed his fingers in her neck. He choked her. You deserve it for abandoning me, he was saying.

“He didn’t stop until she started to struggle for breath. He stabbed the door of his closet while holding out a knife. Do you believe I won’t stab you, he asked her?