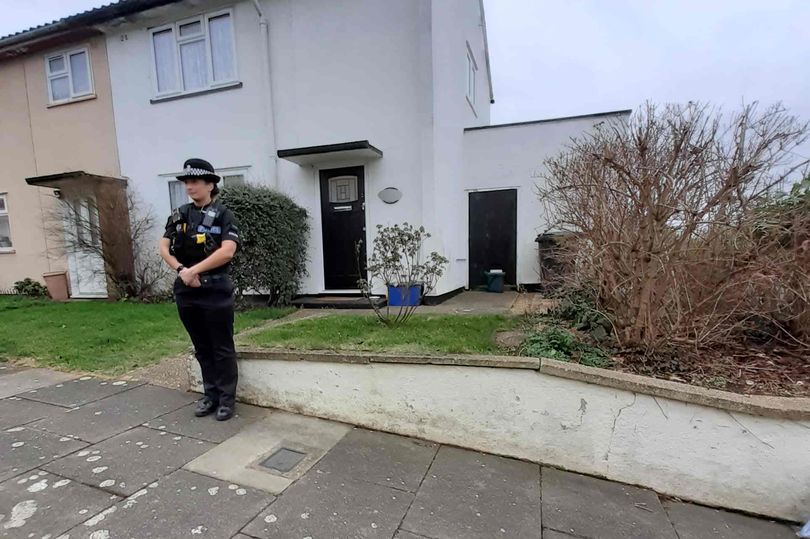 After an almost two-week long trial, an Essex nurse has been found guilty of killing her husband. After nearly three full days of deliberation, the jury of six men and women announced their decision.

On February 12 of this year, Rebecca Searing, 51, stabbed her husband Paul Searing, 57, twice in the abdomen as he lay in bed at their Ryecroft, Harlow, home. After attacking her husband, Searing dialled 999, and when police arrived, they discovered her next to a computer.

She had never disputed that she had killed her husband and had confessed manslaughter, but she had denied murder, stating that she had lost control at the time. Judge Christopher Morgan summarised the evidence against Searing and her defence on Monday (August 22) at Chelmsford Crown Court. The jury had previously been informed that the couple’s marriage had been “unhappy,” with allegations of domestic abuse coming from both parties, and that both often drank to excess.

Verdicts were delivered today (August 25), shortly after midday, after the jury was dispersed for deliberations just before 1pm on Monday. The jury took 15 hours and 37 minutes to reach a unanimous decision that the defendant was guilty of the murder charge.

As the verdict was announced, Searing, wearing a maroon long-sleeve T-shirt, exhibited no emotion at all. In the public gallery, there were quick emotional outbursts and numerous people started crying in response to the outcome.

Addressing Searing, Judge Christopher Morgan said: “The jury have convicted you of the offence of murder. You know that there is only one sentence that I can pass in those circumstances. The consideration for the court is the minimum term before you’re considered for release. The sentencing will be on September 7.” Judge Morgan detailed in the trial how on Searing’s computer, there had been documents with words written appearing to relate to killing a person, including “make your mind up if it’s time to kill”.