Quinn Fuller leaving The Bold and the Beautiful? 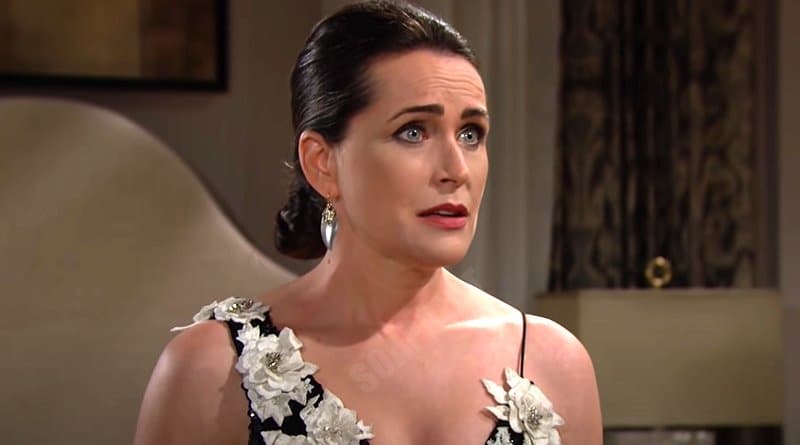 The Bold and the Beautiful’s QUINN Fuller’s narrative features romance, love triangles, and altercations with other characters.

Quinn’s actress took to social media to share some news, despite her ongoing battle with Sheila Carter, her breakup with Eric Forrester, and an affair with Carter Walton.

Quinn Fuller leaving The Bold and the Beautiful?

Rena Sofer, a former General Hospital actor, made her acting debut as Quinn Fuller on The Bold and the Beautiful in July 2013.

She tweeted and posted on Instagram as follows: “Not only was my daughter’s birthday on Friday, August 5, but it also marked the end of my nine-year stint as Quinn on @boldandbeautifulcbs.

“I know it breaks some people’s hearts, and it does for me too, but it’s time for me to go on with both my acting and my pottery careers.

“Thank you all for your support over the last 9 years and in the future! And check out Renasoferceramics.com for the other side of my life!!”

During an interview with Soap Opera Digest, Rena explained why she decided to leave the long-running series.

While discussing her departure, she said: “Now is my time to see what’s out there for me.

“I had already decided this was going to be my last contract, but when they finished the story of Quinn and Carter coming together, it seemed like the right time.”

In her final show, which is slated for Monday, August 29, viewers will get to watch Quinn go.

Who is Quinn’s actress Rena Sofer?

Quinn was introduced to the Los Angeles locals in season 26 of B&B by her son Wyatt Spencer.

Emmy-winning series regular Rena provided the following information to Soap Opera Digest regarding the plot involving her character: “My opinion is that her signature plot involved trying to sabotage Liam’s friendship with Steffy and Hope in order to keep them for her kid.

“That would be a telltale clue of why Quinn was despised by everyone right away.