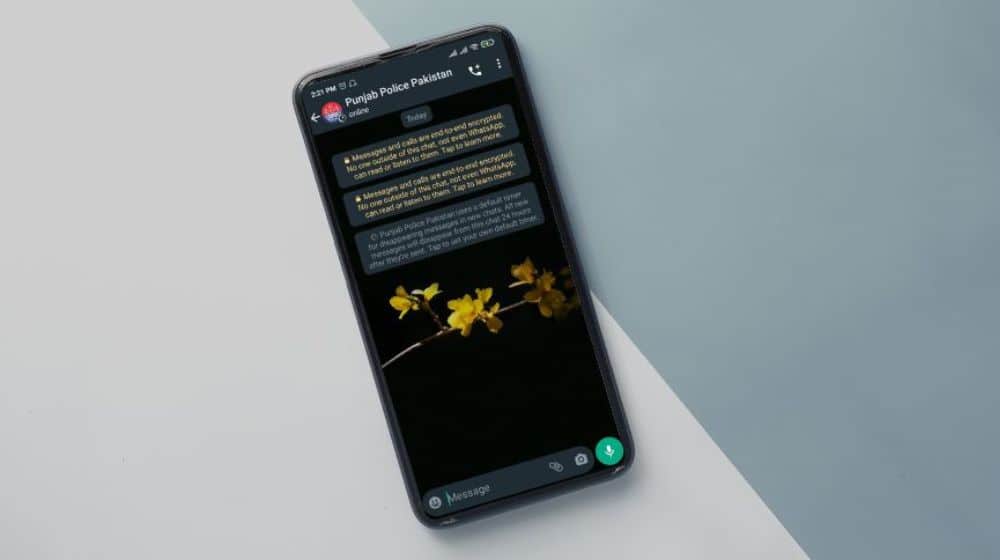 On the first day the Punjab Police WhatsApp service was made available to the public in order to more effectively and conveniently inform citizens, more than 100,000 people reportedly contacted it.

According to a Punjab Police spokeswoman, a significant number of Pakistanis living abroad also used the service, and it is hoped that this figure would continue to rise.

The Punjab Police’s WhatsApp number is 0331-7871787, and individuals can use this service at any moment to get the information they require. Citizens can contact the Punjab Police for more than 15 different services at the number by texting “Hi” or “Salam.”

The IGP complaint cell, complaints about sexual harassment, police service centre services, crime reports, the Zainab Alert, facilities for Overseas Pakistanis, criminal record verification of domestic workers, and citizen portal are just a few of the services offered. However, transmitting movies and photographs or making calls on the number should be discouraged as it is primarily intended for text-only complaints.

The general public can access the online CMS. After a complaint is submitted to the CMS’s Public Complaint Register, it can be utilised to verify its status (PCR).

The official continued by saying that people who had used WhatsApp have praised the Punjab Police and recommended calling their emergency number, 15, in case of an emergency.