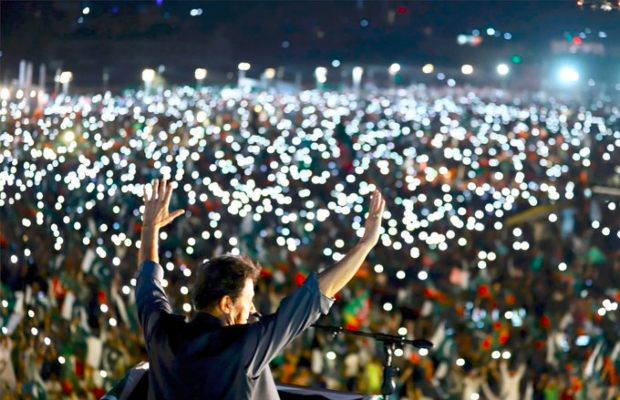 After the August 19 Jalsa in Karachi was cancelled owing to severe rains, the Pakistan Tehreek-e-Insaf (PTI) Sindh chapter leadership held an emergency meeting on Thursday to negotiate a new date for the event

Two days prior to the local government (LG) elections in Karachi, on August 26, the PTI provincial leadership has decided to host a public rally in Karachi.

Imran Khan, the chairman of the PTI and a former prime minister, will speak at the event, according to sources, who also indicate that it would be held at the Bagh-e-Jinnah venue, which is next to Mazar-e-Quaid.

The PTI has also postponed the public event where Imran Khan, the party’s chairman, had to address on August 20 in Hyderabad.

The PTI leadership was compelled to postpone the gathering in the city due to the ongoing flood situation in Hyderabad.

The Met Office reports that Hyderabad has experienced 204 mm of rain in the last 60 hours, with 92 mm of that total falling in only 12 hours on August 18—a disastrous downpour.

It was reported earlier in the day that the party’s public gathering on August 19 in Karachi, where party chairman Imran Khan was scheduled to speak, had to be moved because of the severe rain.

The PTI chose August 19 for the public meeting at Shahra-e-Quaideen. Sources claimed that the party had chosen not to hold the demonstration in advance of the National Assembly by-elections and local government elections.