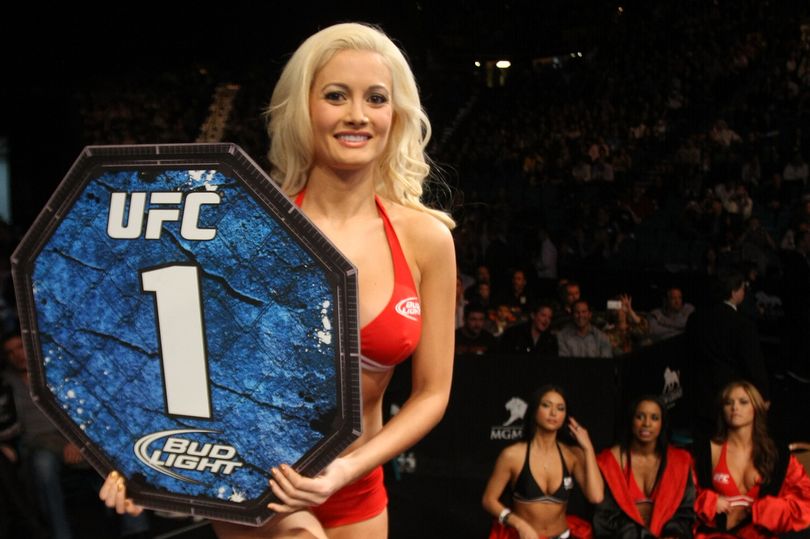 The 42-year-old blonde beauty made two appearances in the UFC; the first was in UFC 100, and the second was at UFC 125 at the MGM Grand Garden Arena in Las Vegas, where she fought alongside Arianny Celeste and Chandella Powell.

Dana White, the president of the promotion, is believed to be a close friend of Maddison, who has a net worth of £16 million. The model’s experience as a Playboy Bunny, however, has made her more well-known. Of the three models that shared a home with superstar Hugh Hefner, she was regarded as their “first option.”

Maddison, though, recently made a public statement criticising the Playboy way of life. She called Hefner “manipulative” when she admitted earlier this year that she was scared to leave the Playboy Mansion. Her comments were featured in the film Secrets of Playboy.

Madison stated, “I think Hef was presented as a caring grandfather on Girls Next Door, but that’s not how he is. I would be so furious at his sleight of hand. Hef had complete power over our lives.

Madison dated Hefner from 2001 until 2008; however, she has since described the atmosphere as “cult-like” and said that the models were “gaslit.”

Cooper Hefner, Hefner’s son, defended the now-deceased publishing mogul at the time. He wrote on Twitter: “My father was not a liar. Some people may not like the life my dad chose. Despite being out of the ordinary, he had integrity and led a straightforward life. He had a heart of gold and was a really generous man.

These scandalous tales serve as a case study of regret turned into retaliation.

Maddison stated that she was practically “asexual” prior to meeting Hefner in the documentary. I’ve never engaged in casual sex before. Maybe I wasn’t ready for that since I felt kind of incredibly asexual.

When Madison entered the Playboy home in 2000 and was designated as Hefner’s “primary girlfriend,” she was 21 years old. In her own words, “I think I was drawn to try and be in the spotlight because I felt like if I could be famous, that would be a shortcut to feeling a connection with people. Although I wasn’t attracted to Hef physically, I did think he was incredibly pleasant.