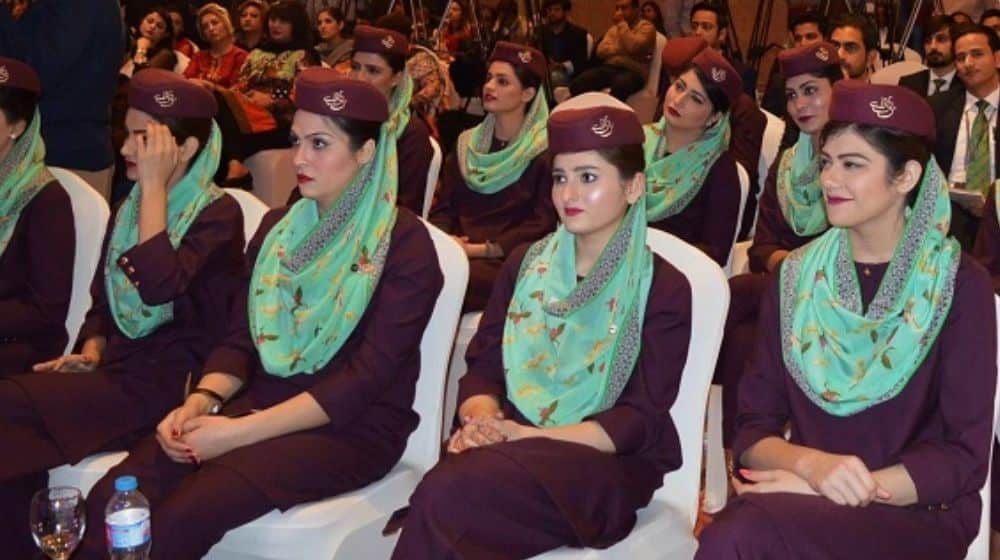 Pakistan International Airlines (PIA) has mandated that both its male and female cabin staff workers ensure wearing undergarments during off-duty hours, which is an unusual step.

The national flag carrier warned that some cabin crew employees have a tendency to wear casual clothing while travelling intercity, staying in hotels, and visiting various workplaces. This was stated in the advise released by PIA’s General Manager (GM) Flight Services.

The warning went on to say that such attire gives viewers a bad first impression and presents a bad picture of both the individual and the institution.

The crew members must therefore be appropriately attired in plain clothing that are formal and worn over appropriate undergarments. The cabin crew’s attire should adhere to cultural and national morals.

TCPs, SPs, LCCs, and grooming officers are tasked with keeping an eye on the cabin crew during these hours and reporting any deviations via email and the flight services log.

The advise, which was published in the PIA’s standards bulletin and is only available internally, instructed every member of the cabin crew to make sure that these guidelines were strictly followed. 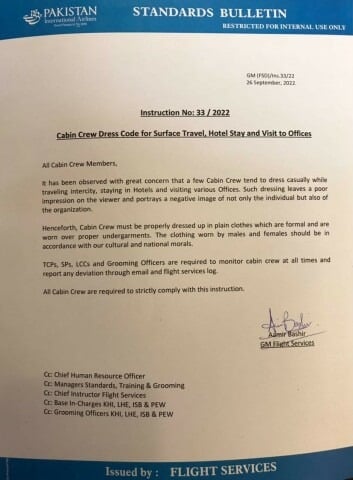