Peter McNab dead at 70, Cause of Death 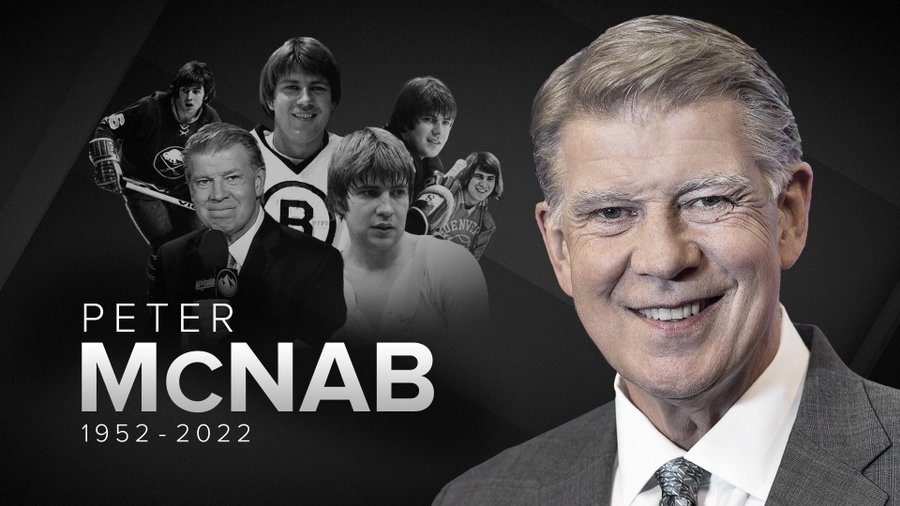 Peter McNab, a former NHL player who worked as a colour analyst for the Colorado Avalanche for more than 25 years, passed away on Sunday. He was 70.

Since the Avalanche’s existence in 1995, McNab has served as their colour analyst. Last year, he received a cancer diagnosis. While receiving treatment, he kept working on games. McNab revealed in February that his physicians had informed him the cancer was in remission. McNab’s passing was reported by The Avalanche and Altitude, the team’s local sports network.

In a hockey-loving household, McNab grew up. His father, Max McNab, first served in front office positions with the New Jersey Devils and Washington Capitals before winning a Stanley Cup with the Detroit Red Wings. David McNab, the brother of McNab, served as the senior vice president of hockey operations for the Anaheim Ducks for more than 40 years before retiring last season. Over the course of his 14-year career, Peter McNab played 954 games with the Buffalo Sabres, Boston Bruins, Vancouver Canucks, and Devils, scoring 363 goals and accruing 818 points.

Despite being a Vancouver native, McNab spent some of his formative years in San Diego, where his father served as the city’s head coach. In 1986, McNab competed for the United States at the IIHF Men’s World Championships. He is ranked 21st overall in points and 14th overall in goals among American players.

After his retirement following the 1986–87 campaign, he returned to broadcasting the following year. For eight years, McNab provided analysis for Devils broadcasts. He then left the Devils to work as the colour analyst for the Avalanche in Colorado (where he had previously excelled as a player at the University of Denver). During his time with the Avs, McNab solidified his position as one of the league’s analysts with the longest tenure.

The U.S. Hockey Hall of Fame inducted McNab in 2021 as a result of his accomplishments both as a player and a broadcaster.