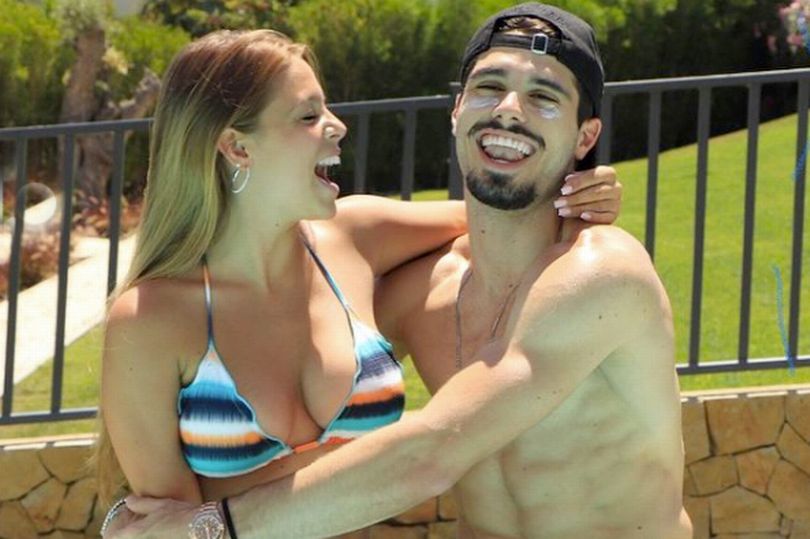 Arsenal is apparently interested in signing Wolves forward Pedro Neto, which means that his girlfriend Carolina Silva is also headed for the Emirates.

After beginning to date early this year, Neto, 22, has grown really attached to the model, 21. Therefore, even though he might leave Molineux this summer, that will be the only change he makes.

Although it is unknown exactly when he and Carolina fell in love, they spent the summer together and visited the US. They first travelled to Orlando, where they visited places like Disney World and Universal Studios.

Before Neto had to fly back to England for Wolves’ preseason, the Portuguese couple continued their journey to Miami. They announced their relationship to the public throughout their flight home.

Their initial Instagram postings together in June 2022 also demonstrated how in love they are. Neto wrote: “May it always be so, thank you for everything. Yours truly,”

Meanwhile, Carolina sent the following message to her 21.6k fans: “I’m grateful that you have made me the happiest lady on earth. always a unit! YOU MY LOVE, I LOVE YOU SO MUCH.”

North London is most likely where they will travel next. The Athletic claims that Neto is the player that Arsenal wants to sign before the transfer market closes.

His agent, Jorge Mendes, allegedly extended an invitation to Manchester United to recruit him as well, according to another report from talkSPORT. Neto, though, has already acknowledged that as a child, he supported the Arsenal.

Also, it appears that his girlfriend was. Carolina made her maiden trip to England and the United Arab Emirates in April of 2019, three years before she and Neto became romantically engaged.

Wolves reportedly wants £50 million to allow the winger to leave, which puts Arsenal in the driver’s seat.