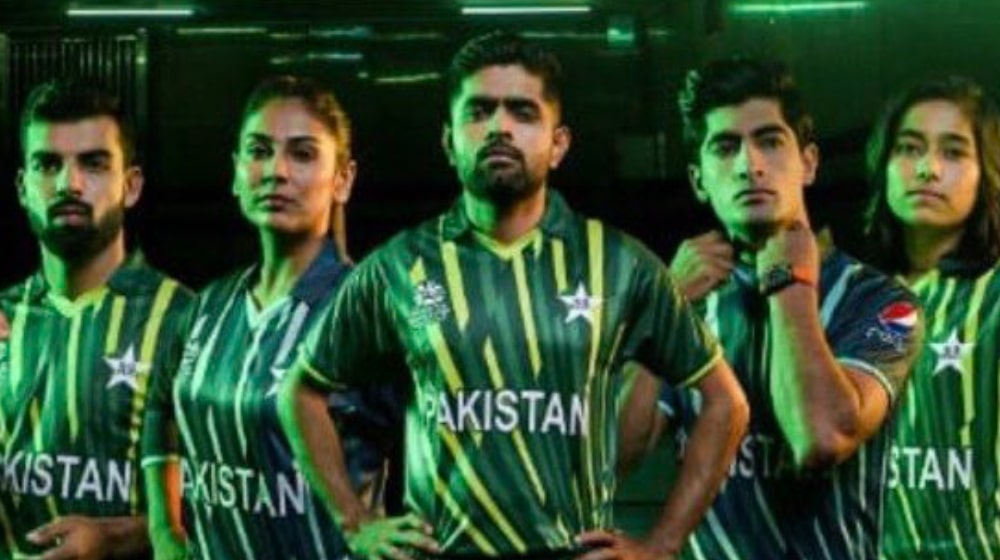 The national T20I jerseys for both the men’s and women’s teams have been unveiled by the Pakistan Cricket Board in advance of the 2022 Men’s T20 World Cup.

For the T20 World Cup 2022 and the next year, PCB has made available the official T20I kit. The shirt adds aqua blue and conventional green stripes, giving the national attire a distinctive twist. Because of its colourful pattern and vivid colours, the jersey is known as “Thunder.”

The main jersey and the clash jersey are the two new jersey designs that PCB has unveiled. Both the men’s and women’s cricket teams will sport the outfits during T20I matches in 2022–2023. A unique jersey will also be worn by Pakistan against England in the first T20I to raise money for flood relief.

Babar Azam officially unveiled the outfit at a launch ceremony, and the PCB also published an unveiling video with both male and female cricketers. Babar Azam, Shadab Khan, Naseem Shah, Kainat Imtiaz, and Fatima Sana can be seen in the kit reveal video.

Beautiful Lindsay Brewer dreaming of a spot in the Indy500