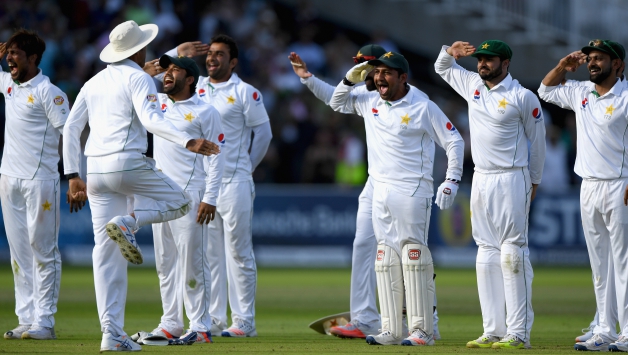 On December 1, England will embark on its first Test trip of Pakistan in 17 years, which includes the first Test to be played in Multan since November 2006. The last Test of the series will take place in Karachi, where England famously won the series in the dead of night in December 2000. On December 17, the last Test will start.

The Test series is really the second phase of a visit that began with a seven-match Twenty20 international series in September and October, with the games taking place in Lahore and Karachi between September 20 and October 2. After that, the sides would fly to Australia for the T20 World Cup before coming back to Pakistan for the Test series.

“We are pleased that Pakistan and England Test rivalry, which has historically produced close and tight matches, will return to our backyards in December,” Zakir Khan, PCB’s director of international cricket, said in a statement. “Both the sides have evolved since they last played in Pakistan in 2005 and have recently been playing entertaining and exciting cricket. I remain confident this series will live up to the expectations of the global cricket fans who want to watch and enjoy competitive and thrilling matches.
“Pakistan cricket fans have waited for almost 17 years to see elite England players in action. And although they have enjoyed watching a number of them live in the recent editions of the HBL Pakistan Super League, nation versus nation Test cricket is the pinnacle where international stars and heroes are born.”

Clare Connor, the ECB interim chief executive, expressed similar sentiments, saying, “The return of our men’s Test team to Pakistan for the first time since 2005 will be an historic occasion. The opportunity to play Test cricket in front of passionate cricket-lovers in Pakistan after such a long time is something to be cherished.
“We have been working closely with the PCB over recent months and I am grateful to them for everything they have done, and continue to do, to make our Test and T20 tours a mouth-watering prospect for all involved.”
Pakistan vs England Test Series 2022 Schedule
Share. Facebook Twitter Pinterest LinkedIn Tumblr Email