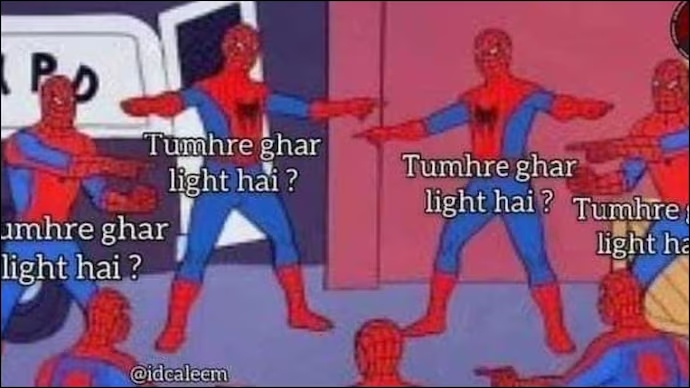 After the national system malfunctioned on Monday, Pakistan experienced significant power outages. In a matter of three months, this is actually the second occurrence, not the first. Reuters reported that Power Minister Khurram Dastagir stated that a significant voltage surge in the grid’s southern region was to blame for the outage. Additionally, it was promised that the electricity will be restored by 10 p.m.

Twitter users, on the other hand, are not among those who waste time making light of the situation. Before that, “we are making every effort to accomplish restoration,” Dastagir told Reuters. But instead of focusing on the negative aspects of the scenario, individuals tried to find the humour in it.

The memes are too funny to pass up, and they cover everything from the need to charge mobile devices to being envious of folks who have solar panels installed in their homes.

Check out a few of the humorous blogs we have selected for you:

Le people with less than 20% battery in their cellphones:#poweroutage pic.twitter.com/M2DUJYJCGw

Me with a fully charged UPS that can charge phones: pic.twitter.com/hYZPqpjAxR