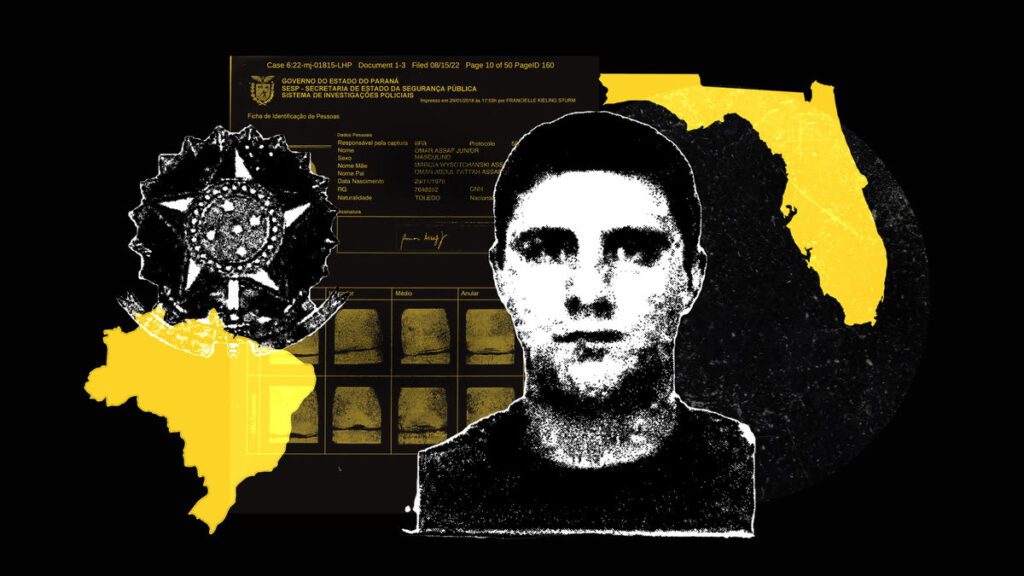 After ten years on the run—and five years after the mother of the victim used social media to track him down—a fugitive Brazilian police officer who had fled the country after being found guilty of killing a young law student outside a bar was apprehended in Florida.

According to extradition documents that The Daily Beast was able to obtain, Omar Assaf Jnior, 42, was apprehended by the U.S. Marshals Service on Tuesday. When Thiago Klemtz de Abreu Pessoa, 19, was off-duty, Assaf, a former state police officer in the city of So José dos Pinhais, was found guilty of shooting him three times, killing him.

Assaf was given a 16-year prison term by a Brazilian judge, but instead of serving it, he disappeared and has spent the last ten years living freely in the Kissimmee region. During this time, he has worked for his uncle’s maintenance firm and operated his own furniture and décor company.

With Assaf’s arrest, an iconic murder case that became known in Brazil as the “Massacre do Bar Harmonia” comes to an end. This is because the bar was where Assaf fatally shot Klemtz de Abreu Pessoa in an apparent instance of mistaken identity.

The story of Assaf begins on the evening of August 16, 2009, when he went with a female friend to Bar Harmonia in Curitiba’s Bigorrilho district.

Assaf arrived at the bar, “Club Harmonia,” with his department-issued Taurus PT semi-automatic weapon, which security kept for him in a safe while he was inside. According to Assaf’s buddy, Diego Targino Marchiore attempted to attack her dance partner at some point throughout the evening. According to a memorandum submitted by U.S. prosecutors in Orlando federal court, Assaf intervened and forcibly restrained Targino Marchiore with an armlock before security officials escorted the disturbance out of the building.

Outside the pub, Klemtz de Abreu Pessoa and his pals were also watching the altercation between Targino Marchiore and the bouncer. According to the prosecutors’ report, one of the group allegedly “tampered with a lock on one of the bar’s refrigerators” after they were ordered to leave.

According to Jaques Pereira, they heard gunshots out of the blue.

“After hearing the shots, Jaques Pereira, Klemtz de Abreu Pessoa, and another friend headed towards their car,” the memorandum explains. “As they were approaching the car, Assaf appeared and began shooting. The three men, including the victim, started running.”

According to Brazilian officials, Klemtz de Abreu Pessoa was shot in the knees, chest, and skull, with one bullet being fired at point-blank range.